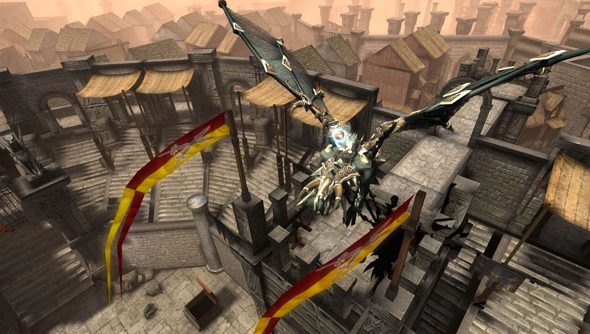 Until now, indie studio Wyrmbyte have run Dragons and Titans much like the other MOBAs you know on Steam. Players aren’t charged for the privilege of fighting in its lanes – instead, they’re gently nudged with offers of new weapons, mounts and avatars at affordable prices.

But Wyrmbyte are about to move in the opposite direction to the games industry at large – they’re going to shift from microtransactions to a flat $20 fee.

“Is this the greatest idea ever or the worst idea ever?,” laughs Wyrmbyte president, Scott Brown. “It’s a little bit scary. But it’s what all of us as players wanted, and so I can’t believe that we feel that differently than other people.” 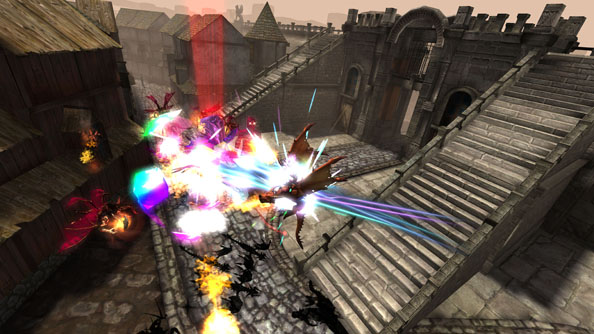 Dragons and Titans has been built around a fairly traditional free-to-play model. The idea is that a lot of people enter the funnel at the top, and that some of them decide to pay to varying degrees at the bottom.

But Wyrmbyte have been burned by that model. As it turns out, the maths of free-to-play favours the likes of Dota 2 or League of Legends over a smaller operation like theirs.

“The business model is all percentages of percentages,” said Brown. “Isn’t League of Legends the most played game in the world right now? And so a percentage of a percentage is still a lot of people.”

For Wyrmbyte, by contrast, a fraction of a fraction simply isn’t enough to sustain a game.

“When you’re a smaller business, a percent of a percent of not as big of a number just doesn’t… it’s not a good business model,” said Brown. 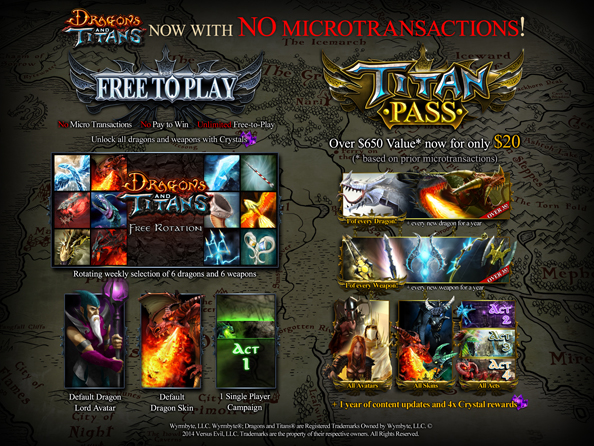 The alternative the studio have chosen is a single, $20 price, which they reckon incorporates around $650 worth of microtransactions. That includes 35 weapons, 35 dragons, the game’s single player story – and the promise of new additions every other week. Players who aren’t prepared to pay have the option of an unlimited free trial which offers selected dragons and weapons on rotation.

“What we’re hoping is that a significantly higher percentage pay, but what they’re paying is a reasonable amount,” explained Brown. “It’s risky in the sense that if only a similar percentage pay, then we’ve made a terrible decision.”

Brown is anxious about making the switch. But Wyrmbyte are keen to escape from free-to-play’s perception problem.

“That was our fear, that free-to-play has a [negative] meaning to people,” said Brown. “The thing [for players] is knowing that there is no game mechanic that is purposefully making my game experience slower. Knowing that that’s gone maybe gives me a better feeling while I’m playing the game.”

Suddenly, in that new context, the fortnightly updates become a reason to log back in – “instead of it feeling like us making a sales pitch every time we release a new one”. 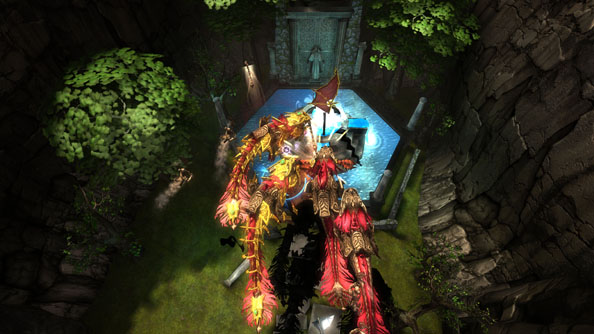 Of course, there are some players Wyrmbyte never had to pitch particularly hard to. A small percentage of Dragons and Titans’ playerbase spend a lot of money. And denying them the chance to spend more is tantamount to picking up free-to-play bread and butter and throwing it marge-side down on the kitchen floor.

“I mean that’s a very traditional free-to-play business approach, right?,” said Brown. “You’ve got whales and so you take care of your whales, and find more ways to make sure that they’re feeling valued.”

But there’s something about an unlimited threshold for spending that unnerves Brown, even while that cash helps keep his studio afloat. Wyrmbyte want to save the whales from themselves.

“Of course those players are amazing and they’re what’s kept the game going today, but that’s not the way that we want to finance the title,” said Brown.

“Do you want someone paying you $1000 for your game? Are you selling $1000 worth of value? When you compare it to, say, Diablo that you paid $60 for? Are you really getting that value back? I don’t know.”

It’s clear that Dragons and Titans players will benefit from the new model. But it’s tougher to make the business case for eschewing microtransactions, because there are no precedents in the MOBA sphere. Instead, Wyrmbyte are looking to developers in other genres running games-as-a-service for a flat fee. 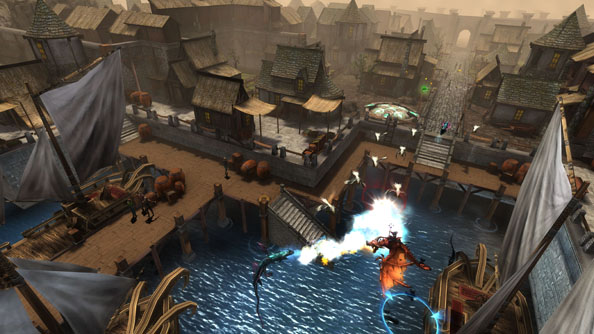 “Minecraft is a great example of a game that just costs a flat amount, but it’s still definitely a service right?,” Brown pointed out. “They’re always upgrading and you’re playing online and they’ve done real well with that model.

“Star Citizen isn’t going to have a subscription. Guild Wars did really good off of just charging for the box and letting you play. I think there are a lot of games that do similar models going forward, that [prove] there’s not just microtransactions.”

So Brown and team are hopeful for their game’s future. And they’ve learned some useful lessons about microtransactions since launching Dragons and Titans on Steam in March. In fact, Brown has concluded that Steam is perhaps “not the right place” for the model.

“I guess Dota 2 is their best game and so it seems to do fine there, but I sort of feel like different games and different platforms lend to different billing models, that some work and some don’t,” he said.

“I don’t want to come across as necessarily anti-microtransactions. But maybe there is a better way to pay for a game like this. It’s a scary thing, but it’s something that we all wish [MOBA devs] would do and so we feel like there’s got to be other people that feel the same way.”