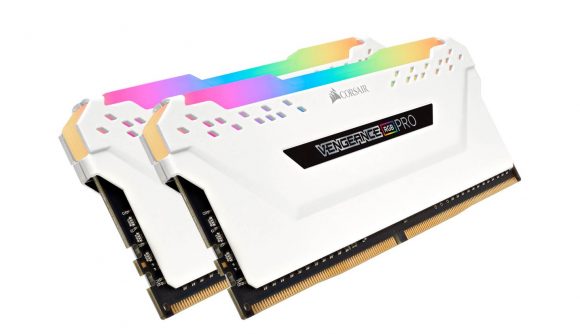 Everyone loves a little good news, right? How about this: DDR4 RAM prices have been steadily dropping over the last few months and DRAMeXchange is predicting that it will continue to slide over the final months of 2018 too. In a PC gaming hardware market where we only ever seem to be seeing prices on the rise it’s refreshing to see some action on the other side of the scale.

Graphics cards have been the components leading the charge in the headlines of the last couple of years in terms of ridiculous price hikes, thanks to the nightmare chimera with the multiple flailing heads of cryptocurrency mining, dwindling stock, and a complete lack of competition letting Nvidia price with impunity. But DRAM has been lurking there in the background with prices ever on the rise, making gaming PC builds even more expensive and upgrades prohibitive.

That’s mostly because there aren’t that many big memory manufacturers around, and everything from phones to your smart TV needs memory. Plus there’s the fact the biggest DRAM makers have been accused of some rather nefarious price-fixing too.

A report on Guru3D points to DRAM prices dropping by a little over 10% on the whole in the last month alone. The reasoning is that the market has entered a period of oversupply as production at the various fabs has been exceeding demand for the first time in a good long while. That’s the reason Samsung and SK Hynix have called a halt to their own manufacturing expansion plans. 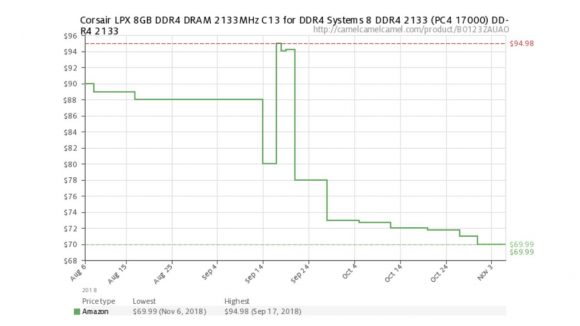 It’s strange that the supply/demand scales have fallen in completely the opposite direction – previously the huge memory demands, and comparative limited supply, had been responsible for the ultra-expense of DRAM. But the market for smartphones has slowed over the last 12 months, and the rise of Chinese memory manufacturing must have had an impact too. 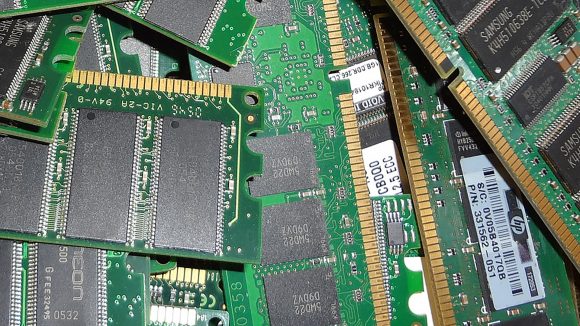 This is all good news for us PC gamers, as it means there is a whole lot of PC memory in the channel with nowhere to go. And that means prices will continue to drop – you can bet there are going to be some hefty Black Friday PC deals out there at the end of the month when it comes to DRAM.

Combine that with expected sales around AMD CPUs and motherboards, and potentially even Radeon GPUs, this could be the best time to build a pure AMD gaming rig. Ryzen loves good memory, so kitting a new system out with as much as you can is always a good bet.

Sadly the news isn’t so good on the Nvidia GPU pricing side – reports from GamersNexus state that the GTX 1080 Ti is no longer in production and that means prices for Pascal’s flagship is only going to rise. That’s going to make the RTX 2080 a more interesting prospect once more reference-clocked cards become available.