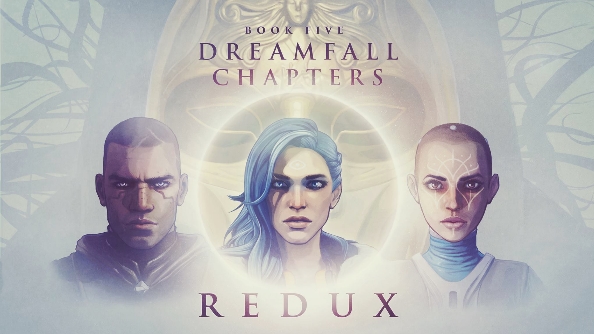 The Longest Journey started back in 1999. Now, 17 years later, the epic adventure series is about to come to an end. The story of Stark and Arcadia will conclude in the final episode of Dreamfall Chapters, which will release on June 17.

Sad that Dreamfall’s over? Pick yourself up with one of the best PC games.

Dreamfall Chapters’ fifth and final chapter is teased in the trailer below. Protagonists Zoe and Kian will presumably find their destinies, and long-time series director Ragnar Tørnquist will hopefully bring his story to a fitting, no doubt bitter-sweet conclusion.

On the whole the series hasn’t had much fanfare in the press or around the web in general, and that’s not a huge surprise: the game is incredibly niche and caters pretty much solely to fans of its predecessors; The Longest Journey and Dreamfall. For fans though, Chapters has offered another fascinating dive into the wonderful dual dimensions of Tørnquist’s mind, and a reunion with some beloved characters.

While perhaps not being everything it could be, I’ve enjoyed Chapters a lot. It’s better as a work of fiction than it is a game, but its world manages to feel alive despite the obviously limited budget. The biggest issue it’s suffered with is release schedules: the four episodes so far have turned up across 2014 and 2015, sometimes with five months gap between. It’s made it a difficult plot to follow, especially considering the depth of lore it explores and expects you to remember. I suspect that when all five episodes are played together it’s a notably stronger experience.