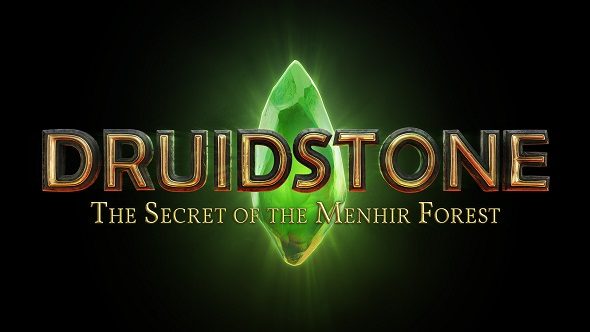 After almost four years working on Legend of Grimrock, members of developer Almost Human have split off from the company to form a new studio, named Ctrl Alt Ninja. This new studio is now developing a new RPG called Druidstone: The Secret of the Menhir Forest which sees players cast as a reincarnated druid who must discover what caused their resurrection.

Help decide your next adventure with this list of great PC RPGs.

Founded by Legend of Grimrock designer-programmer Petri Häkkinen and art director Juho Salila, Ctrl Alt Ninja is more like a spin-off of Almost Human, rather than a rival. According to Druidstone’s FAQ, Almost Human is currently not developing any games so many of the designers split off to form this new studio to both take a break from Grimrock and still scratch their design itch. While Ctrl Alt Ninja is a different company, many of the designers will work for Almost Human if they announced a new game. It’s best to imagine the team as “members of a band who…have a dual membership in another band.”

As you are playing a freshly reincarnated druid, a playthrough of Druidstone has players starting off with just the cloak on their back. By exploring nearby ruins, defeating monsters and eventually teaming up with other denizens of the forest, you will start to regain your power and your memories as a druid. The actual forest is procedurally generated, making each new playthrough different and mirroring the druid’s hazy memories. Every time you die, you will be reincarnated and the forest will change, matching the druid’s constant struggle to remember his past. Meeting new companions and defeating enemies will help you eventually piece together why the forest called you here, and what your exact goal is.

Moving away from Grimrock’s first person combat, Druidstone has players fighting on a 2D grid where characters take turns moving and fighting with each other. Your combat skills and party will grow as you progress, with enemies even remarking at your reincarnation if you run into them on a repeat playthrough. While many of the encounters will be randomly generated, there are fixed battles and scenarios that players will inform the main storyline of Druidstone.

At present, there is no fixed class system, with players investing in ability points to build up their druid anyway they want. According to Ctrl Alt Ninja, there may be some light puzzle solving in the full game, but Druidstone’s core focus is its tactical combat. While the studio was actually formed back in 2015, development of Druidstone only started last autumn, meaning it is still very early days for this RPG.

So far, Druidstone: The Secret of the Menhir Forest is only planned to be on Windows, with there being no real idea for a release date at this stage in development. Ctrl Alt Ninja recommend checking in on their official website in the future for more details on this druidic RPG.