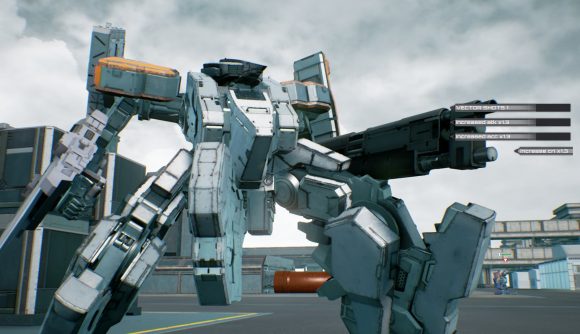 Battletech has pretty much ruled the roost when it comes to turn-based mech strategy games on PC, but that may be about to change. Dual Gear is hitting early access July 29, and it features stylized mech designs reminiscent of Armored Core and Metal Gear in the turn-based tactical action of X-COM and Valkyria Chronicles.

Dual Gear has been in development for some time, and even with the cool-looking trailer below, it’s hard to tell exactly what it’s going to be like to play – that is, unless you download the free pre-alpha demo available now on Steam. That’s been available for some time, though, and it’s fair to imagine that the Dual Gear build that heads into early access at the end of the month may look substantially different from what’s found in the tech demo.

Dual Gear promises real-time shooting in its combat mode, with a turn-based “layer” in which you manage your team of mech pilots. It’s not abundantly clear from the English translation on the game’s Steam page how these two modes interact, but it sounds as though you’ll be swapping from a turn-based tactical high angle view, in which you can see things like firing zones and detected enemies, and a real-time action phase for actually moving troops and firing on opponents. 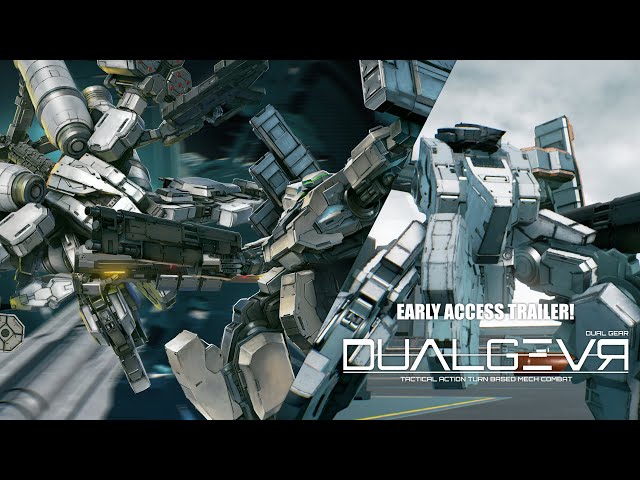 What’s undeniably cool is the mech designs themselves. In Dual Gear, they’re known as THVs, short for ‘tactical humanoid vehicles.’ There’s a dash of Metal Gear in there, as well as some of the loader bot design from the Borderlands series. You’ll be earning XP and leveling up your pilots, their mechs, and associated weapons over the course of the campaign, and early access will start off with first act of Dual Gear’s story mode available to play, with more trickling as it makes its way toward official release.

We’ll have to see whether Dual Gear can stand shoulder to shoulder with the best mech games for PC, but we think there’s room in this world for something that asks the question, “What if you had Valkyria Chronicles, but with gunpla?” Dual Gear is scheduled to leave early access sometime next year.