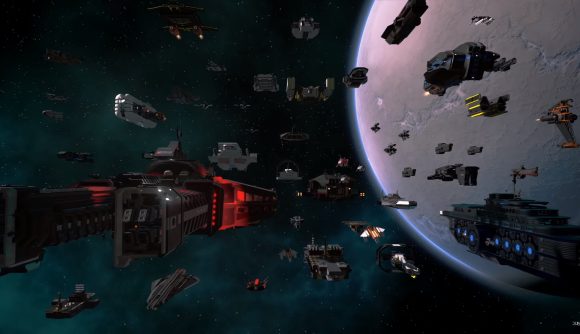 We’ve known for a while that Dual Universe is a hugely ambitious MMO, and each update we’ve seen over the course of its development adds another element to its scope. Developer Novaquark has produced a new trailer that pulls all this together and gives you a snapshot of the scale of Dual Universe, as well as some of the backstory and the economics underpinning the game.

If you haven’t heard about Dual Universe, it’s a spacefaring MMO set in a gigantic shared universe littered with countless planets, each of which can be colonised, mined, and settled – that part is more than a little reminiscent of No Man’s Sky. But Dual Universe also allows you to collaborate with other players to build entire cities, and everything you make in the game is part of a galaxy-spanning economy, one that’s governed by a real, player-driven open market. There’s lots of Eve Online DNA shaping Dual Universe, and that’s not by accident: Novaquark hired one of Eve’s original designers a couple years ago. 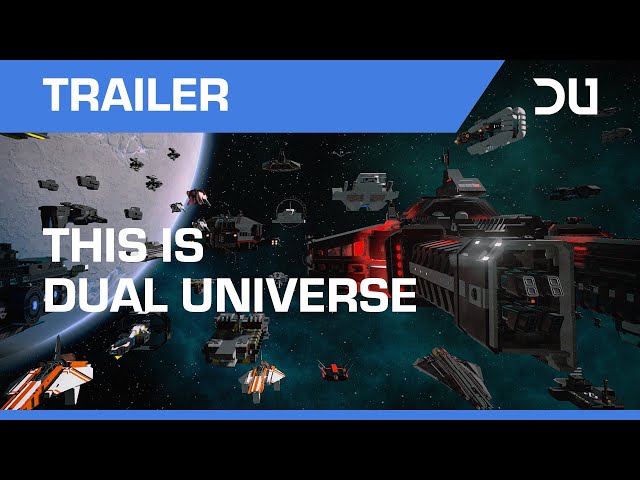 Of note here is the fact that Novaquark hopes to attract enough players to make it possible to found business empires and even nations within Dual Universe, and that you’ll have many avenues to pick from when plotting out your course to interplanetary influence and power.

Naturally, ambition gives rise to conflict when interests overlap, so you’ll have to be ready for combat, and that can range from simple one-on-one dogfights to massive space battles between fleets of capital ships crewed by multiple players.

“This is your world,” the narrator intones. “How will you leave your mark?”

You can buy in to Dual Universe now, and the game is currently running an alpha. Head over to the official site for more info. You may also want to check out our list of the best space games on PC, too.