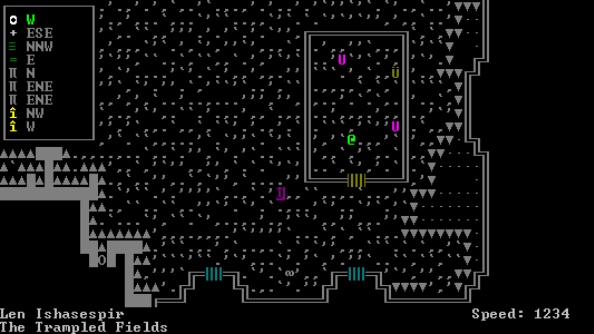 Tarn Adams, the developers of ambitious simulation game Dwarf Fortress, has agreed to send the game’s source code to the Museum of Modern Art in New York City when he dies. There it will live on, held up as an important piece of culture.

Check our list of the best strategy games for more thoughtful play.

“They wanted me to put in my will that they want the source code upon my demise,” Dwarf Fortress co-creator Tarn Adams told Eurogamer. “I haven’t actually prepared the document yet, but I’ve told the people that would be handling my computers when I die or whatever, that they can go ahead and send it to the MoMA.”

This happened off the back of the game’s inclusion in another exhibit, the Applied Design exhibition. At that showcase, Adams gave a short talk about the game and its systems in a video commentary. That was the start of the conversation, and that’s also when the museum asked for the source code.

While most developers are hesitant to hand out their source code, museum or not, Adams and his brother, Zach, feel like being open is the best way forward.

“This isn’t just for the museum. In general we’ve said everything will go open source eventually,” said Adams.