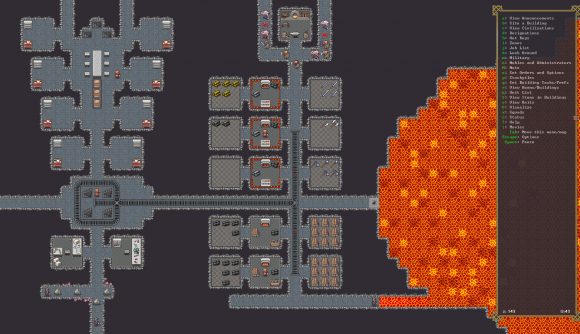 Dwarf Fortress has a well-earned reputation for being extremely complex, and that complexity has meant a host of new concerns for developer Bay 12 Games as it works to update the management game with a graphical interface for its upcoming Steam edition. Dwarf Fortress co-creator Tarn Adams has provided another peek into the development process this week, with a look at how workshop interfaces are coming along.

If you haven’t played Dwarf Fortress, it’s important to understand that workshops are extremely important to the game – most dwarves will spend the majority of their time in a workshop, and they’re used to create just about everything dwarves need to live, thrive, and improve their living conditions.

In the old ASCII-based Dwarf Fortress, they could be a bit of a pain to deal with: you’d have to pull up one window to see the materials sitting in a workshop, and another window would show the tasks that could be performed there. Adams explains that these are being condensed into one window in the new version, with handy mouse-clickable buttons to interact with workshops and their available tasks.

The art Adams shows off in the latest Steam post isn’t final – some of the system font labels are clearly placeholders, but it provides a good idea of how much easier and faster it’ll be to queue up tasks in this graphics-enabled version of Dwarf Fortress. 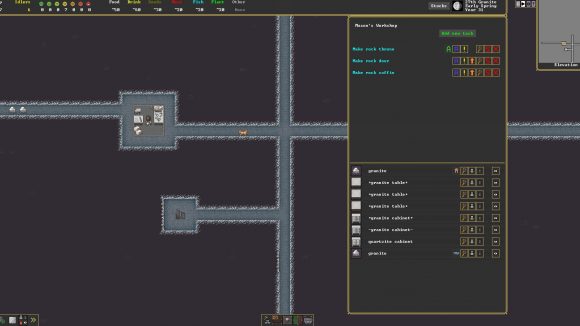 In other news, Dwarf Fortress’ third developer, a cat called Scamps, has had a birthday. Here is Scamps. 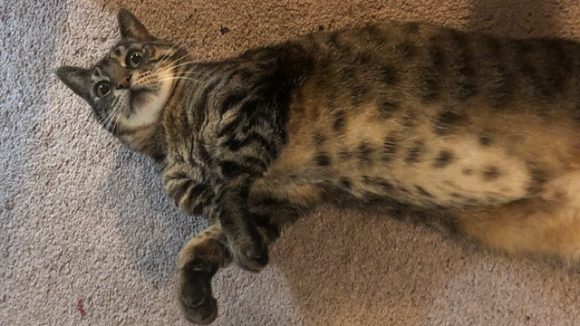 “Time is subjective,” the Dwarf Fortress release date still reads. We’ll find out when it’s coming out when Bay 12 is ready to tell us.