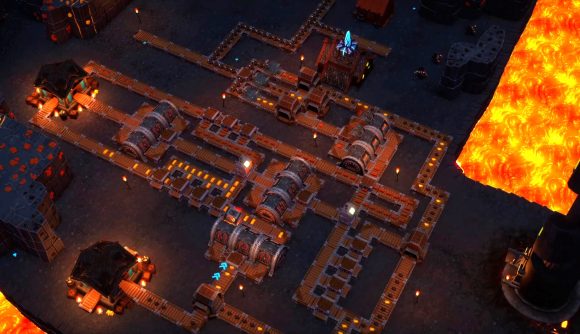 It’s been just over a month since co-op RTS game DwarfHeim launched into Steam early access, and the developers have just released their second major content update. This new patch offers the usual round of tweaks and bug fixes, but also adds in ranked matchmaking for competitive play.

This is an early pass at the concept, so other than gaining ranks the only other aspect of the mode is that you can unlock profile customisations to “show off your rank and skill.” Other additions in the patch include a button that allows you to queue for multiple modes at the same time, in an effort to reduce wait times.

DwarfHeim has been positioned as the start of a “new” generation of RTS games. There are three classes each with their own role, but each specifically designed to rely on at least one of the other classes to be able to focus on their part of the game. The ‘warrior’, for example, plays a more traditional RTS role of moving units around and fighting, whereas the ‘Miner’ will spend most of the time pretending they’re playing Factorio.

You can read the full patch notes here.

DwarfHeim is currently 20% off on Steam until December 1 as part of the autumn sale event.