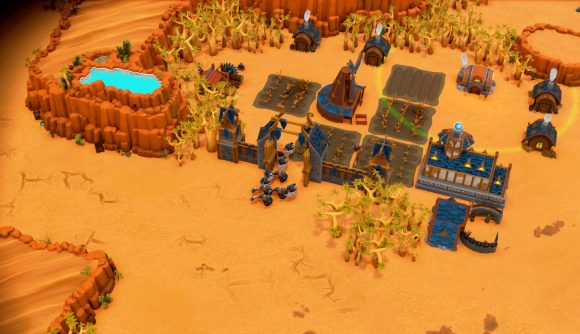 Co-op RTS game DwarfHeim has emerged from the warren-like mines of Steam Early Access. Version 1.0 includes a number of tweaks and fixes, as well as some all-new features and tools.

If you’re just now finding out about DwarfHeim, it’s a unique spin on the real-time strategy genre that splits the traditional tasks of economy, building, and battle micromanagement up between three players. One takes on the role of miner, extracting resources from mines. Another player serves as a builder, ordering the construction of economic buildings and base defences. A third player commands the clan’s combat forces, putting their micro skills to the test against AI clans or other teams of players.

DwarfHeim’s launch version adds new Dwarfish Thanes, each with their own set of skills and bonuses. Survival mode, which pits you against increasingly brutal waves of bloodthirsty trolls, has been overhauled completely, and now features now ‘Blood Moon’ events that introduce new enemy types. There’s a new user interface for survival mode as well, and a new lobby handling system allows your team to stick together after a match so you can keep playing with the same co-op partners if you like. 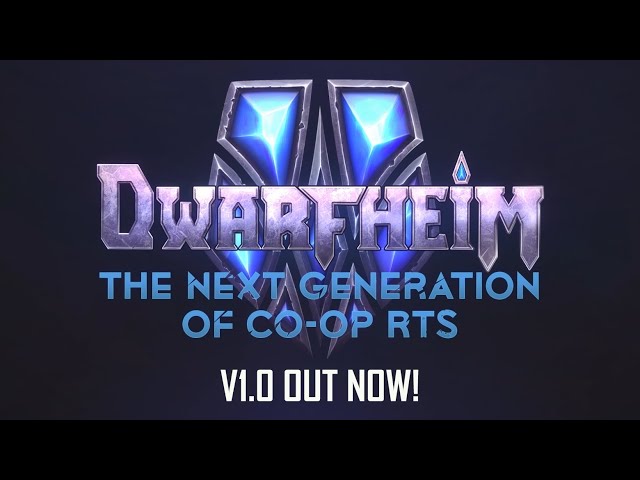 DwarfHeim is available on Steam, and through October 4, you can pick it up for 30% off the normal list price. It also has a free ‘friend pass’ version that allows you to play Survival mode together with any friends who own the game.