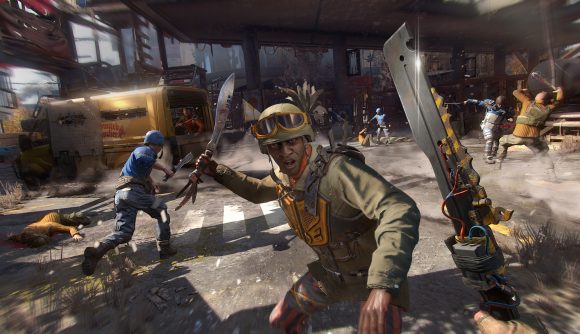 This week, a number of allegations of sexual abuse and harassment were made against Chris Avellone, a prominent writer and designer involved with games including Fallout 2, Planescape: Torment, Knights of the Old Republic 2, Fallout: New Vegas, and Prey. Now, a number of studios working with Avellone on upcoming projects have publicly distanced themselves from the writer, and in some cases are considering removing his contributions to their games.

Dying Light 2 developer Techland says in a statement on Twitter that “we treat matters of sexual harassment and disrespect with utmost care, and have no tolerance for such behaviors – it applies to both our employees as well as external consultants, Chris among them. This is why, together with Chris Avellone, we’ve decided to end our cooperation.”

As for Avellone’s contributions to Vampire: The Masquerade – Bloodlines 2, publisher Paradox tells Gamasutra that he “briefly worked with the Bloodlines 2 writing team early in the development of the game. Through an iterative creative process, however, none of his contributions remain in the game that Hardsuit Labs is continuing to develop.”

The Waylanders, an indie successor to Dragon Age, also featured contributions from Avellone. Developer Gato Slvaje says “Chris Avellone is no longer associated with Gato Salvaje Studio or The Waylanders project. Chris was brought on as a design contractor on The Waylanders. As of last week, Chris’s contract is complete and the content provided will be assessed as development progresses.”

The team here at Gato Salvaje spent the past few days reading the stories shared online and reflecting. We have prepared the following statement with regards to the allegations made against Chris Avellone. pic.twitter.com/GTPjJcXfOs

Avellone’s contributions to numerous games well loved for their story and characters have put him in high demand as a writer and consultant, and several studios have featured his name prominently in marketing materials. Techland and Microsoft had Avellone put in an on-stage appearance during the Dying Light 2’s debut at Microsoft’s E3 2018 press conference, for example.

Here's the statement regarding our cooperation with Chris Avellone: pic.twitter.com/ozLXZdVPZw

For his part, Avellone has acknowledged some of the allegations on his personal Twitter account, but has made no broad statement about the situation.

The allegations against Avellone are part of a wider wave of people coming forward about sexual harassment and assault in the videogame industry. Twitch has launched an investigation after a wide array of streamers and content creators were linked to allegations of sexual misconduct.