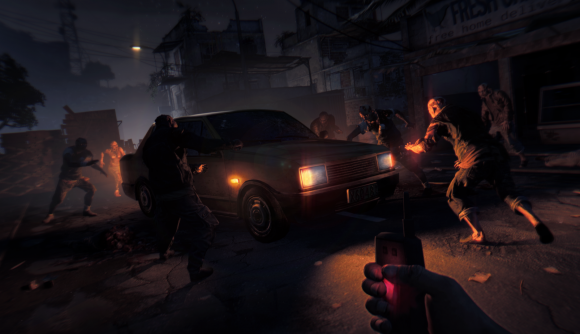 Dying Light 2 might be a radical rework of the first game but Techland hasn’t forgotten some of the lessons learned in the DLC. Like The Following before it, this sequel will feature vehicles you can drive – albeit in less prominent form.

“There will be some vehicles you can use in the game,” lead designer Tymon Smektala tells us. “Of course, first you need to introduce them to the world by helping scavengers with the production of fuel.”

Dying Light 2’s world is built on the RPG-like push and pull of decisions like these. In the demo we saw today at Gamescom, a rebuilt bridge allowed passage to vehicles, introducing new possibilities to the map. But players shouldn’t expect a vehicular free-for-all.

“It’ll not be to the extent of The Following, which was basically a parkour-slash-vehicle-based zombie game,” Smektala says. “But you’ll get to drive vehicles in Dying Light 2.”

Techland isn’t yet willing to say whether that means we’ll have more open areas to explore than in the original game, but Smektala reassures that we will “find space to drive those vehicles.”

“You’ll probably find even more places to drive those vehicles as we support the game after release,” he says. “Driving gives us a new feature – a new door which we can explore after the release of the game.”

It sounds as if Dying Light 2 will repeat the DLC pattern of its predecessor, then, leaning into its vehicular mechanics once the game comes out in 2019.