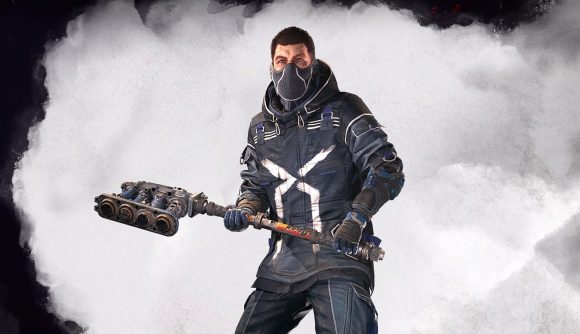 Techland has unveiled the first free DLC coming up for its recently released zombie sandbox game, Dying Light 2. We already know the game’s getting at least five years of post-launch support with “new stories, locations, in-game events, and all the fun stuff you love” – and now the first goodies in that pipeline have been revealed with a trailer.

The first Dying Light 2 DLC is called The Authority pack, which will come in three separate components, all of it themed around the powerful and authoritarian Peacekeeper faction. The first pack will include some cosmetics – an anorak chest-piece, some joggers, and sneakers – which are a moody, dark grey-blue. Part two follows a similar theme, adding matching mask-type headgear, bracers, and gloves into the mix.

Part three, finally, is a new weapon – a hefty great two-handed melee contraption that looks like a crudely bodged-together hammer, with four pipes forming four big bolts on its business end. Safe to say, I’m pretty sure Aiden Caldwell’s enemies wouldn’t enjoy being on the receiving end of that.

As for when you’ll be able to grab the goods, Techland notes at the end of the trailer (below) that the first pack is available to grab as of today (February 14). It’s not clear when the rest will drop, but considering they’re all minor cosmetics tying into the same pack, we can safely assume very soon. 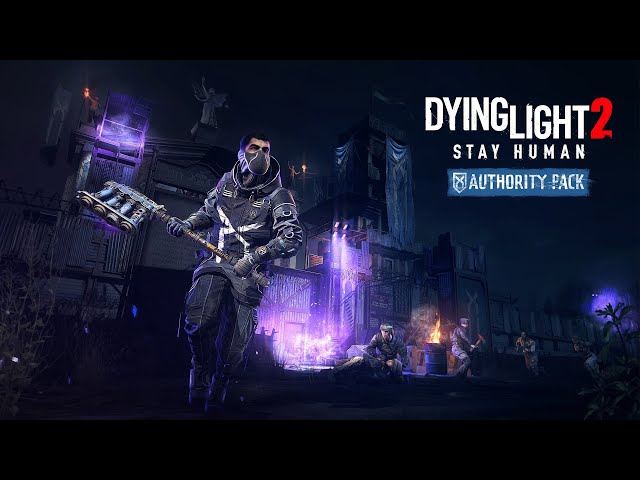 In the meantime, if you’re after the best Dying Light 2 settings on PC or want to check out our Dying Light 2 review to see how we found it, you know where to click.