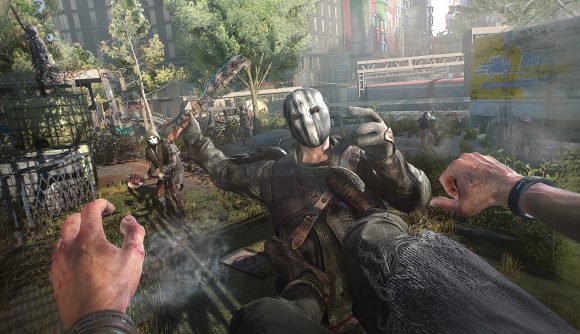 The eagerly anticipated Dying Light 2: Stay Human launches this week, and Techland’s zombie game has now been put through the paces by game critics around the world. After numerous delays and a sometimes confusing marketing push in the final sprint to launch, is this a worthy successor to one of 2015’s sleeper hits?

As it turns out, it depends on who you ask. In our Dying Light 2 review, senior news writer Dustin Bailey praises the combat and parkour systems, which he says feel just as terrific as they did in the first game. However, the new ideas in Dying Light 2 failed to impress. A variety of minor bugs plagued his playthrough, but worse, he feels the promise of consequential, game-changing decisions was never truly fulfilled. “I spent around 30 hours with Dying Light 2, and I’d say I liked about ten of them,” Dustin writes, ultimately awarding it a 6/10.

Over at our sister site The Loadout, Joe Apsey was more taken with Dying Light 2’s green dystopia. “We all lost connections during lockdowns, or suffered fractured friendships, and witnessed how people could rise – or fall – in a time of need,” Joe writes. “Techland has managed to capture that collective trauma and experience in the narrative of Dying Light 2. And, for that reason alone, Dying Light 2’s narrative ends up hitting harder than it would have if we hadn’t all experienced the last two years of the COVID-19 pandemic.”

Here’s how other sites have scored Dying Light 2: Stay Human.

That’s a pretty wide range of scores, perhaps indicating some varying tolerance for bugs and the content that sits outside the main story in many open-world games. If you’re still keen to dive in, check out the Dying Light 2 PC system requirements to make sure your machine is up to spec.