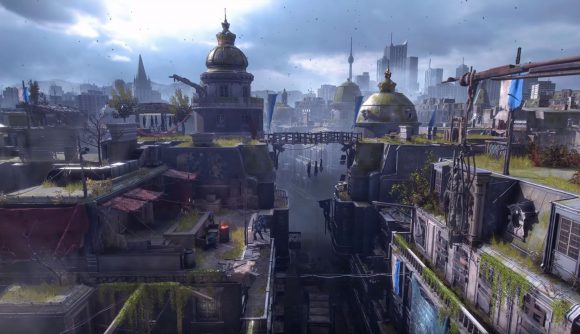 Dyling Light 2 will feature a map several times larger than its predecessor, and choices players make will impact the world in different ways.

In an interview with Nvidia GeForce, Techland’s chief technology officer Pawel Rohleder discussed the scale of Dying Light 2’s world compared to the first, overhauling the gameplay in light of new technology, and the challenge of managing all the variables when player choice directly affects their environment. Using player reviews as a touchstone, Techland has been working to make the sequel a bigger, better version of everything players enjoyed about the first Dying Light.

Speaking first on technological advancement, Pawel listed the myriad improvements and revamps the team has implemented. “The game world will be four times bigger than the whole game before,” Pawel said. “New animation system, new quest system which will support choices and consequences, new dialogue system, new UI system, and of course, streaming technology, which allows us to make really huge worlds.”

Rohleder goes on to call Techland’s new in-house engine C-Engine the “holy grail of computer graphics”, saying that scenes will look like they’re from a movie.

He then discusses the way a player’s choices not only affect the narrative, but sections of the map, too. “Every choice that you make may impact the world,” Rohleder explains. “For example, we have to have different versions of the map area, and the map is huge so the challenge is even bigger. The navigation mesh for AI needs to be different if you make different choices.”

There will be a “huge number of possibilities” for world combinations, according to Rohleder, and “getting ready for that was really, really challenging, specially for a map at that scale.”

You can see what world you create when Dying Light 2 lands in 2020.