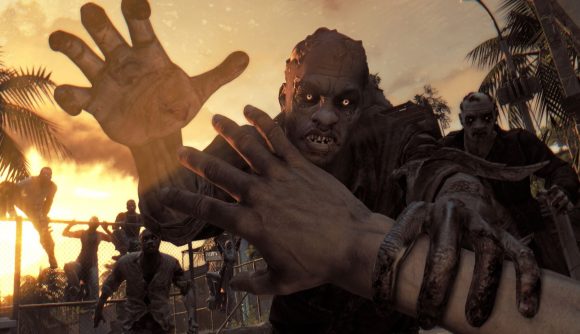 Dying Light 2 might be set to release next Spring, but developer Techland Studios is still yet to draw a line under the original. In an interview with gamesindustry.biz, lead designer Tymon Smektala revealed that a small team is working on new DLC for the 2015 title.

Smektala said that with the game’s sequel due to release in just a few months, it was “time to focus on Dying Light 2.” That originally meant that fans were unlikely to see a repeat of 2018’s ‘10-in-12’ campaign, which saw the addition of ten pieces of new content – from weapons and enemies to new locations and quests – added to the game over the course of 12 months.

Earlier this summer, however, Techland’s approach changed. Smektala says that the studio “had a meeting right before E3 where we said we still wanted to add things to [Dying Light]. And there’s now a small team which is working on additional stuff that will happen in Dying Light.

Smektala offered no clues as to what that additional stuff might be, but the possibilities are pretty broad. Smaller content drops seem pretty likely, with additional weapons and quests, but a full-blown pipe dream could include DLC that helps bridge the gap between the first game and its sequel, similar to Borderlands 2’s recent Commander Lilith and the Fight for Sanctuary.

While Dying Light is now four years old, it seems that Techland has no qualms when it comes to supporting it. Word of mouth means that the game keeps selling more each year, and Smektala says that the support of the community will be key to harnessing that for the new release.

On top of that “supporting a game like Dying Light for such a long time allows us to be slightly more crazy, and slightly more creative with some things, and also test some ideas and gameplay elements that we’re not sure about.” So if you want an idea of what might be heading to Dying Light 2, it might be worth keeping an eye on the original over the next few months.