Not that we expect you to spend much time in console waters, but you may have heard about some controversy around Destiny and the new marketing campaign for the game that puts single-use bonus item codes on the side of cans of Red Bull. It’s… well… not gone down well.

Techland have a good sense of humour though, and are trolling like a pro. They’re offering free items for Dying Light provided you drink the fluids of their new marketing sponsor: good old tap water. 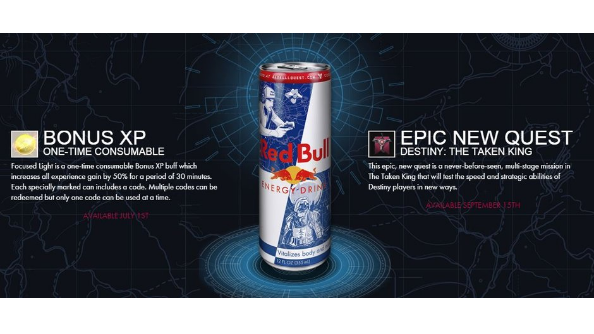 The Destiny promotion with Red Bull sees codes printed on the side of cans to receive a 30min 50% XP boost in game, and later on cans will be able to unlock The Taken King, an exclusive quest line. As you can imagine, a lot of people are not happy.

To poke fun, Technland are offering free Epic Dockets for anyone who Tweets a picture of them drinking a glass of water with the hashtag #DrinkRightDyingLight.