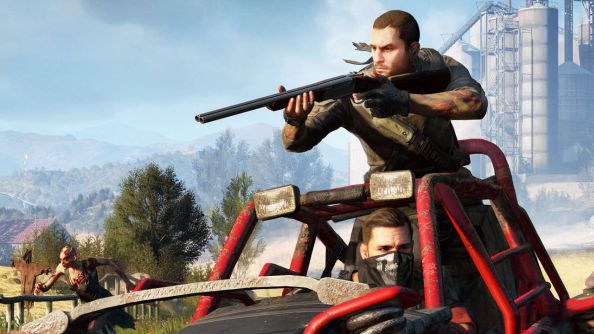 Wander around a new world in one of the best PC sandbox games.

“Over the past weeks, Dying Light: The Following has almost reached its final stage: main quests, side quests, new skills, and driving challenges are ready,” said Techland. “We now are moving into the polishing period. Looking at it, it’s clear how big the expansion pack has grown.”

The developers say that The Following is now large enough to be a standalone release, but that would mean a launch delay – so instead they plumped for a price hike. The expansion will cost $20, not $15, and the Dying Light season pass $30 rather than $20 (presumably subsequent DLC will share The Following’s new ambition to justify that extra $10).

Perhaps in anticipation of any rage against the Dying of the Light, the price change has been held back until December 8th – and those who buy it beforehand won’t be asked to pay more.

The Following finds an open world outback shared by the undead and a group of very-much-alive fanatacists, and hands you an upgradable dirt buggy in which to tackle the both of them. It’s expected early next year. What did you make of Dying Light: The Preceding?