Techland’s upcoming Dying Light expansion, titled The Following, is getting a developer stream at 5pm (GMT) on Twitch. Developers Maciej Binkowski and Pawel Modlinski will walk you through a chain of story quests showing off the new map, which is apparently the same size as all of vanilla Dying Light’s maps combined and contains around ten hours of gameplay.
Check our Twitch Tools platform, for tracking stuff like Twitch following.

Its rural map will feature balancing across felled trees and climbing mountains in place of the urban parkour of the main game. Players also get access to a dune buggy which can be used to speed across the map’s more open expanses. Among the new features is a crossbow which, combined with the countryside setting, looks set to make The Following the best Daryl Dixon simulator on the market and bring stealth to the forefront. 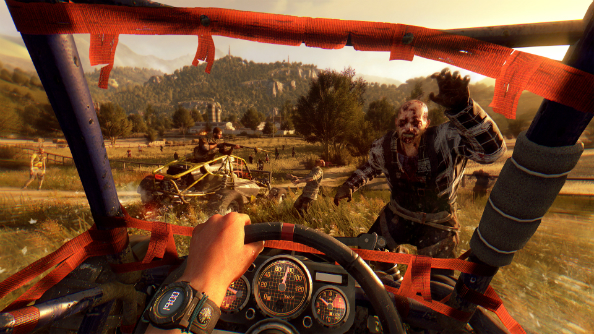 The story centers around a mysterious cult that has appeared in the area and is somehow immune to the viral outbreak. In true zombie fiction fashion, it’s your job to go in, find out why they’re immune and try use that information to create a cure. Speculative spoilers: they’re probably evil and want to eat you.

After the developers have talked you through the gameplay they will answer a bunch of questions selectively chosen from Facebook and Twitter. Check out the stream HERE.

We are still awaiting confirmation on a release date, but it will be free to Season Pass holders – UK price is TBC, but it will cost $14.99 in the US. There’s a reveal trailer you can follow with your eyeballs below.