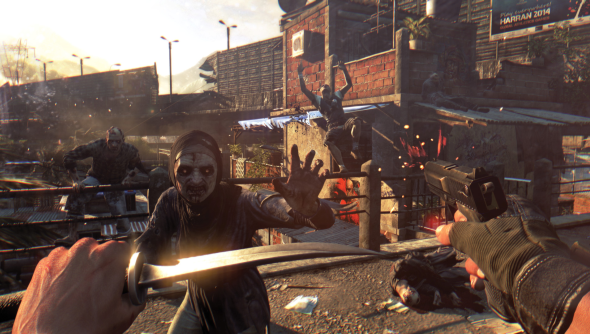 You’ve probably been playing Dying Light and thinking “Gee, I wish these murderous, flesh-eating, monsters could smell me from a mile off.” You’re in luck, reader. Modder KNG has made a Super Aggressive Zombies mod for Techland’s zombie game.

KNG warns potential players, saying “IT’S PROBABLY NOT A GOOD IDEA TO PLAY THIS MOD IN A NEW GAME WITH A NEW CHARACTER.” That’s because you start Dying Light as a relatively puny human, unable to fight more than a couple of zombies at once and so out of shape you’ll struggle to run away from a crowd of the undead. And that’s what you’ll face if you install SAZ, a heaving crowd of zombies:

The mod changes the zombies’ AI, making them more aggressive and more sensitive to your presence. This means you’ll pull in zombies from a greater distance, making sneaking much harder.