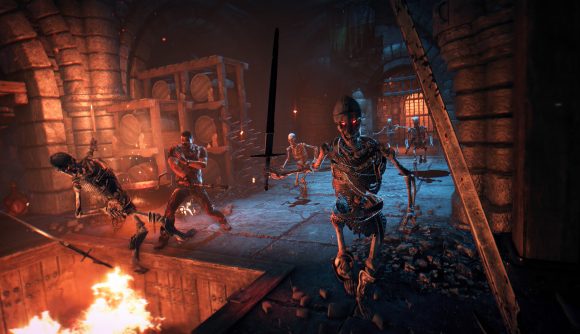 Hellraid is out today, and it’s notable for a couple reasons: the first is that it’s a brand new and surprisingly robust piece of DLC for Dying Light, an open-world zombie game that is now six years old and counting. The second reason is that this expansion actually predates Dying Light – it’s the revival of a game developer TechLand was working on before it started development of Dying Light.

First, the vital info: Hellraid begins with the discovery of a mysterious arcade cabinet in the basement of the Tower in Dying Light’s besieged city of Harran. Nobody knows where it came from, only that it showed up after “an odd power outage.” The cabinet is a portal to a fantasy dungeon full of skeletons and other beasties, and you’ll be using broadswords and maces to fight your way to the exit instead of the arsenal of boards, pipes, and power tools that saw you through much of Dying Light.

TechLand began working on Hellraid back when the studio was working out what to do after Dead Island, and had expected the game to launch in 2013. Delays led to a “re-engineered” version meant to launch on Steam’s Early Access in 2014, but TechLand ultimately decided to scrap the game and throw everything into supporting Dying Light.

As it turns out, it was the right call – Dying Light was a smash hit, and the studio has continued supporting it for six years. Giving Hellraid a chance to re-emerge and stand among the piles of zombies Dying Light has built up over the years feels charmingly appropriate. 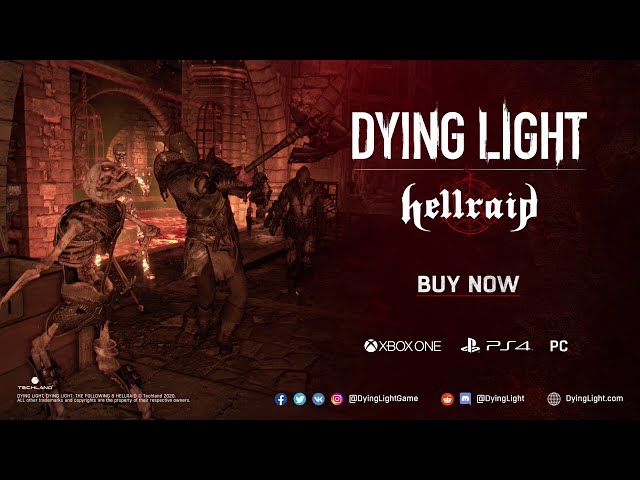 Of course, even this time around the trip to launch hasn’t been exactly smooth. TechLand originally had planned on launching the expansion in July, but delayed the launch after feedback gathered during the Hellraid beta.

Now Hellraid is finally out on Steam, where you can pick it up for $9.99 / £7.99 or your local equivalent. While you’re caving in skeleton skulls, try to remember how long they’ve been waiting to try to bite you.