E3 is nearly upon us, the most important event in the calendar of games. All the major publishers are going to be there, and it’s set to be another big show when it comes to PC gaming.We’ve gathered all the information you need to tune in, plus how we’ll be covering it and anything else you need to know.

Want to know what we’re going to see at the show? Here’s our rundown of all the E3 rumours.

First up, here’s when each conference is in various timezones:

Now you know when they start, when do they stop? That’s a slightly harder question, as the showrunners are a little less willing to tell you when you can tune in for their big finalé. However, some do, and others we can guess at. Here’s the rundown: 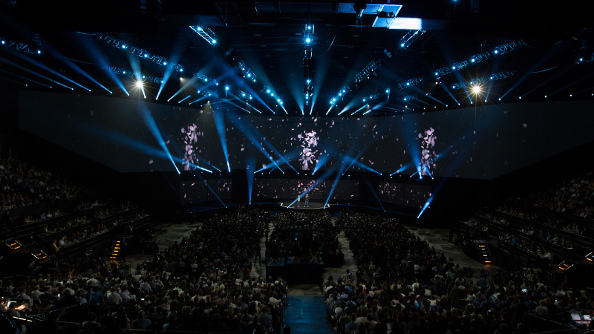 Each major conference is broadcast by the company running it, as well as the various news outlets running their own. YouTube generally proves more stable and faster than Twitch, as well as having the superior streaming interface with the option of auto-quality.

If you put the embed URL into your browser window you can even emulate Twitch’s theatre mode. Whatever you prefer, here’s both links:

Last but definitely not least – here’s how we’ll be covering the show. First up we will be there live and in force, seeing all the latest games from every major developer at the show. Throughout the week and well into the rest of the month we’ll bring you hands-on previews and interviews, plus we’ll bring back as much footage of what’s coming up as we can.

Back home our news coverage will be 24 hours a day for the full six days of the show, making sure we never miss a trick and you don’t either. You can watch the conferences right here on PCGN, or keep track with our regular posts of each and every trailer and announcement, posted as soon as they happen on stream.

That’s how it will go down for us – are you looking forward to the show? Let us know what your most anticipated games are, the ‘surprises’ you’re positive will happen and what your dream announcement would be.