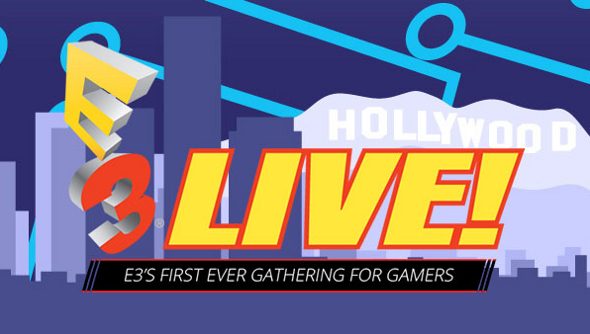 Amid all the spectacle, big announcements and occasionally awkward presentations at E3 was a smaller sister event open to the public. ESA shifted 20,000 free tickets for E3 Live, promising attendees that they’d be the first people outside of the industry to play new games, and they’d be able to meet “some of their favorite developers”.

Unfortunately, E3 Live ended up being a small tent village with barely any demos and lots of merchandise being flogged to disappointed attendees.

“I’m a little disappointed,” said one attendee, speaking to GamesIndustry.biz. “We weren’t exactly sure what it was going to be. We thought we were going to at least play some demos or something. There’s not much [here], and I knew we weren’t going to make it to the conferences, but I thought there would be more to interact with.”

“It’s not that big,” another attendee who had brought his son said. “I expected a lot of demos, but they only had the Lego Dimensions demo. I expected something bigger where we could play some of the big, upcoming titles. All it is is some demo area with Lego and some VR stuff.”

While E3 is ostensibly for investors and fuel for the hype machine, on Twitch and YouTube countless potential players watch the conferences and trailers, making the preorders that keep publisher investors happy. While opening the entire conference up to the public would be a Herculean task, E3 Live appeared to be a good middle-ground. It’s all sounding a bit half-arsed, now.

Did any of you lovely lot get a ticket? What did you make of it?