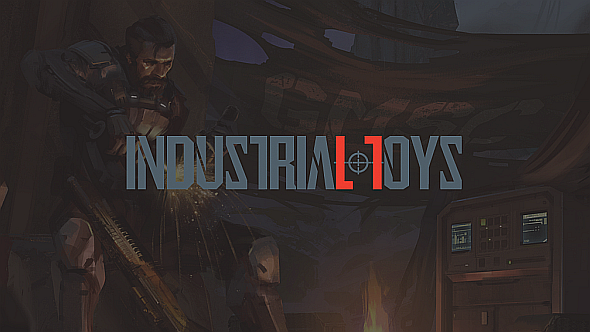 EA has bought Industrial Toys, a small studio – they number just 14 staff – founded and led by Alex Seropian. You may have heard of one Seropian’s former studios: Bungie, which he co-founded with his college classmate Jason Jones, who remains one of its directors. Seropian helped create Halo and served as Bungie’s CEO, leaving in 2004.

Since then, Seropian has focused on smaller, more innovative projects. He founded another studio, Wideload, which was later acquired by Disney, leading to Seropian’s role as head of Disney’s in-house game development team. Seropian left to found Industrial Toys in 2012, with the idea to make mobile games for core gamers.

Looking for something new? Here are some of the best PC games  to play right now.

“Creating breakthrough games takes passionate developers and incredible creativity, and each time we’ve worked with the Industrial Toys team, we’ve been inspired by their unique approach,” Samantha Ryan, general manager of EA’s Worldwide Studios, says. “We’re thrilled to have them join our studio organisation, pursue new ideas together and bring amazing new games to our players.”

Here’s the press release from EA, if you’d like the news from the proverbial horse’s mouth. As it explains, EA’s Worldwide Studios make games across all major platforms, so while Industrial Toys’ expertise is on mobile, there’s also a fair chance that the creator of Halo may yet make a new game for the PC. And until then we can track the countdown to theHalo Infinite release date.