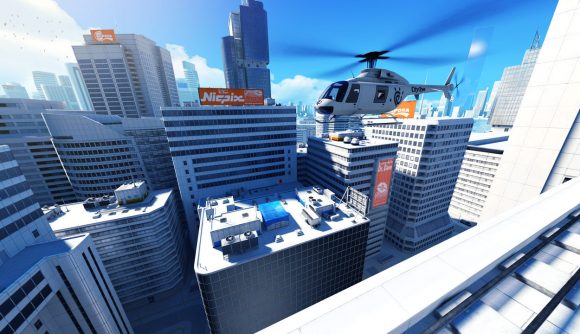 EA has hiked the price of many of its games on Steam. A number of older games are affected, but only in certain regional currencies – and not US dollars. Notably, 11-year-old Mirror’s Edge has jumped in price by almost half, from £9.99 to £17.99.

As spotted by user MJuniorDC9 on Reddit, three games that have just received price increases on Steam include SimCity 4: Deluxe Edition, Mass Effect Collection, and Crysis 2: Maximum Edition. That’s according to SteamDB, a site (not affiliated with Valve) that tracks changes across a bunch of Steam’s features, including price changes of games – or ‘packages’ as they’re referred to in the way the site analyses them.

Looking through the list of the titles tagged with EA as the publisher on Steam and then cross-checking them with SteamDB, it seems quite a chunk of the company’s game catalogue on the platform has just received price increases.

For example, Dragon Age: Origins Ultimate Edition, Command and Conquer 3: Tiberium Wars, Command and Conquer: Red Alert 3 (and Uprising), Mirror’s Edge, Medal of Honor, Dead Space, and Dead Space 2 have just become more expensive in at least two of the three currencies than they had been for at least a year previously – in several cases, for several years.

It’s not yet clear why the regional prices of these games in some currencies have suddenly been hiked. We’ve reached out to EA for confirmation and comment and will update the story with any new information.