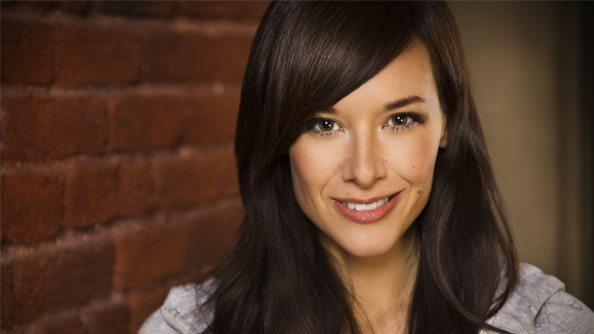 Having birthed a multimedia sensation for Ubisoft with Assassin’s Creed, Jade Raymond has been asked to do the same thing again for EA, and it sounds like communities will be part of the new franchise at a systemic level.

“There are viewers – they’re gamers, but they might not even play games. They’re part of that ecosystem. There are people who make mods that are more popular than the games professionals make, or they inspire professionals – the battle royale genre came from the modding initiative. Then there are broadcasters: what role are they playing? That role didn’t exist before, are they a gamer? A developer? There’s a lot more opportunity when thinking about the brand of the future to engage all of [these roles], how everyone can be part of it.”

Get hyped for the future of gaming with these exciting upcoming PC games.

This ‘network engagement’ model is an evolution of the simple ‘engagement’ model that Raymond sees having emerged over the past ten to 15 years. “If you look at open world games, there’s more player agency there. Yes, there is a story and a written narrative, but often the most exciting story that I’m going to tell a friend is my own story. ‘Oh shit, I was playing Far Cry, and I went in here, and then animals got loose, and the fire spread…’ That’s my story. It’s nothing to do with the story that was broadcast.”

‘Broadcast’ is Raymond’s term for the oldest model of all, under which players could only one-sidedly engage with a game’s core story, as in traditional single-player games.

These insights are informing a new “recipe” for cooking up a franchise.When conceiving Assassin’s Creed, Raymond says her team wanted to create “a sandbox for creatives”, whereby the franchise could be handed to other professionals – both in games and other media, such as comics.Provided their project was historical in nature and had some assassins in it, it would fit – GTA is another example.

“I think it is a recipe. If you look at GTA, there is a context of being a gangster in a city, and then they are keeping it fresh by putting it into a different city that has pop culture relevance and picking a different time period. They’ve done an excellent job of reinventing the characters. I think a lot of long-running franchises do have a trick like that, keeping them fresh. When we were making Assassin’s Creed 1, we did spend a lot of time thinking ‘how can we create this infrastructure, this framework for a franchise, where other professional teams can be handed the keys and express themselves in it.'”

This time around, though, the conversation is about how to include the community.

“Now I’m working with a new team, we’re trying to think about what is the franchise of the future, and we’re trying to do something big.One of the things we’re really thinking about is: instead of a framework to hand off the keys to professional teams, can we design a framework where it can be handed off to the fans?”