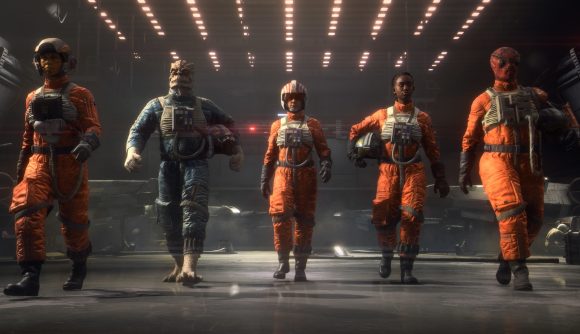 EA Play will come to Steam on August 31, and with it, a cheap way to access games like Titanfall 2, Battlefront 2, and The Sims 4. EA recently rebranded the subscription service under the EA Play name, and it still offers up access to a library of games, similar to Xbox Game Pass or Uplay+. But you’re only going to be able to access the more limited version of the service on Steam.

The standard EA Play is a $4.99 USD monthly subscription that gets you access to a library of back-catalogue titles and trials for brand-new EA games. EA Play Pro is $14.99 per month, and gets you full access to pretty much every major EA release on day one, including upcoming PC games like Star Wars Squadrons and FIFA 21.

Steam will only have the basic version of EA Play, as an EA rep has confirmed to us via email. EA Play Pro will remain exclusive to the Origin platform, where it was previously called Origin Access Premier.

Today’s launch of the newly-branded EA Play also confirms what we suspected early on – you have to subscribe to the service separately on each platform, despite the newly-unified names. If you want to play the included games on both, say, Steam and PlayStation 4, you’ll have to lay out for the subscription twice.

Origin is, itself, undergoing a major revamp to build “a faster, smarter, more connected desktop app”, and beta access to the new version is due to start soon.