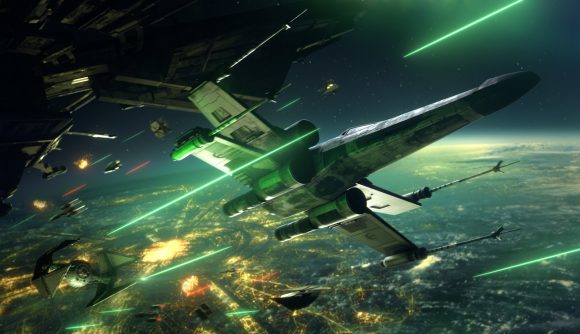 “We’re really proud of the games we have created with EA,” Lucasfilm Games VP Douglas Reilly says in a StarWars.com interview. “We will continue working with them and our relationship has never been stronger. While we may not have a lot of details to share at the moment, we’ve got a number of projects underway with the talented teams at EA.”

“EA are proud of our long-standing collaboration with Lucasfilm Games, which will continue for years to come,” a representative tells us via email. “Our talented teams have created some of the most successful games in the history of the Star Wars franchise, including Star Wars Jedi: Fallen Order, Star Wars: Battlefront and Battlefront II, Star Wars: Galaxy of Heroes and Star Wars: Squadrons. We love Star Wars, and we look forward to creating more exciting experiences for players to enjoy.”

The company had similar things to say directly to fans on Twitter.

All this news comes as Disney appears to be refocusing its videogame efforts under the newly-rebranded LucasFilm Games label. The new label will help ensure “Star Wars authenticity to story connectivity within the larger saga.” It’s not just for Star Wars, either, as a new Indiana Jones title from Bethesda and Wolfenstein developer Machine Games was announced yesterday.

While the kerfuffle over Battlefront 2’s launch left the EA Star Wars connection feeling bitter for many fans, the publisher has turned around Battlefront 2, and put out multiple excellent new titles for the franchise, including Jedi: Fallen Order and Squadrons.

A Fallen Order sequel is all but confirmed after the first game’s success, and it would be a shame if Respawn didn’t have the opportunity to follow up on that story.