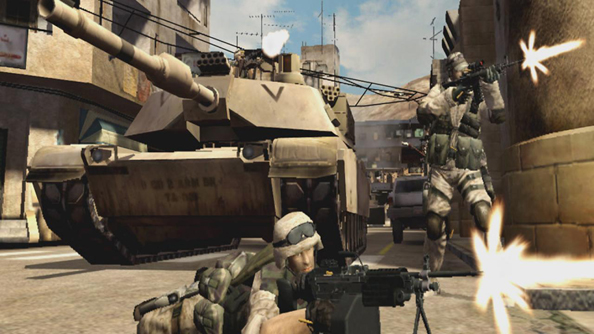 We’re starting to miss Gamespy like an overthrown despot – sure, it was uncompromising and made life difficult. But at least things were stable then.

EA’s Origin team said last month that they were working on “transitioning” the old Battlefield games to a new home – but this weekend listed Battlefield 2 and Battlefield 1942 among the “fan favourites” now headed for permanent shutdown if the publishers can’t overcome “significant technical hurdles”.

And so EA turn in hope to the community – and to third-party services like GameRanger.

Gamespy announced earlier this month that they would be ending hosted services for all their supported games on May 31. EA have spent the time since working to overcome “technical hurdles”, and promised an announcement “when there is more news to share”. But this weekend’s post suggested there was no news to announce, and that time was running out.

“Since GameSpy’s announcement, our teams have been working to evaluate options to keep services up and running,” said EA. “Unfortunately, due to technical challenges and concerns about the player experience, we do not have a solution at this time.”

Among the 50 games affected are some EA acknowledge are PC “fan favourites” – including Battlefield 2, Battlefield 1942, Medal of Honor: Allied Assault and the Command & Conquer series.

“We are still investigating community-supported options to preserve online functionality for these titles, such as multiplayer,” they wrote. “Significant technical hurdles remain, and at this time we don’t have anything to announce.”

It’s getting a bit late, and EA’s progress sounds slow to say the least. Our best hope appears to lie with GameRanger, the third-party service which purports to allow Battlefield 2 and plenty besides to “continue on”. Are you on board with that?