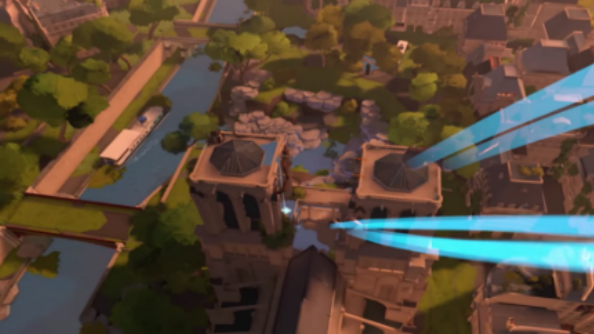 If there’s one thing we’ve learned/had hammered down our throats as we cough and splutter about VR, it’s the sheer breadth of different experiences it can host. Eagle Flight VR, Ubisoft’s first forray into the platform, is testament to that. You and several other avian racers must swoop through lofty race courses, hunting either an egg or a finish line. It’s cute, and realistically the closest you’ll get to playing quidditch for real.

The gameplay, as Ubi describe it, “sends you to the skies of one of the most visited cities to experience the freedom of flying and heart-pounding aerial dogfights with the Multiplayer mode.”

Eagle Flight is arriving this autumn on both Vive and Oculus Rift, and that’s all Ubisoft have to say about it for now. You have to feel for a game this simple and honest in its ambitions when it has to share the stage with sprawling triple-As Ghost Recon: Wildlands et al, but Eagle Flight certainly didn’t disgrace itself.