The chances are you’ve come across Dungeons & Dragons before, whether it’s beloved video game adaptations like Baldur’s Gate 3, its inclusion in the television series Stranger Things from Netflix, or the source material itself. If you’ve not yet had the chance to play one of the most enduring tabletop games of all time, however, now’s your chance to take the leap with these early Black Friday deals.

Your imagination is the main tool you’ll need to play D&D, as it’s lovingly called. But before you grab a pen and paper or whip open a Google Doc and dive headfirst into creating your character or planning your first campaign as a dungeon master, there are a few things you’ll need to get started.

Purchasing the D&D Starter Set 5th Edition nets you a 32-page rulebook, five pre-generated characters, more pre-made characters to print off yourself, a single blank character sheet, 42 dice, and a drawstring bag to keep them in. These dice are split into six sets of seven, each including one d20, one d12, two d10, one d8, one d6, and one d4. 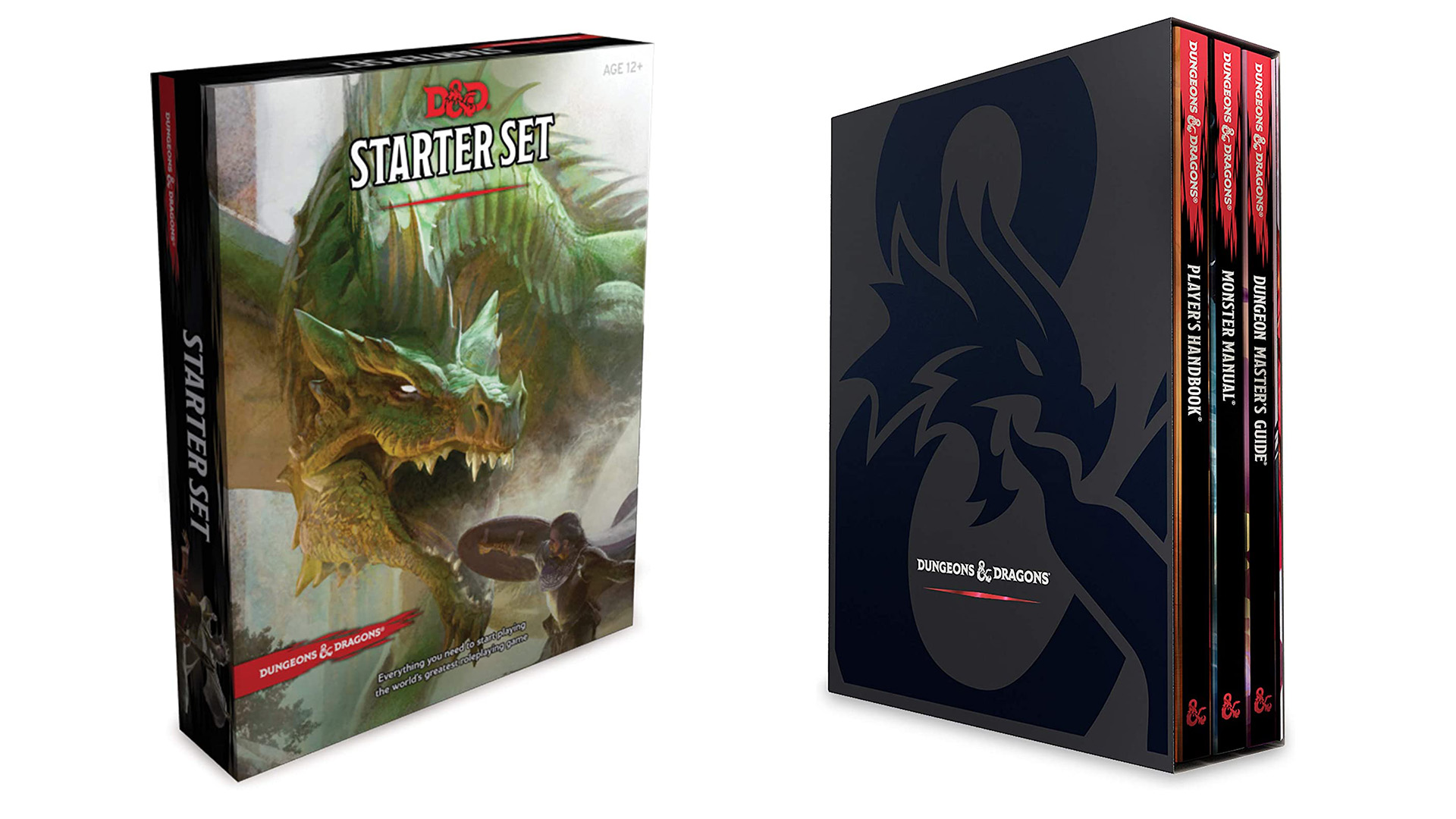 The D&D Core Rulebook Gift Set gives you the complete Player’s Handbook to help you craft detailed characters, a Dungeon Master’s Guide to plan the most comprehensive lore, and a Monster Manual with 150 illustrations packed into a sleek slip case. It also ships with a Dungeon Master’s Screen lined with the most common information to keep your notes hidden and your players avoiding spoilers.

Be quick, though, as the Rulebook Gift Set is only on sale until November 15, which is this Sunday!