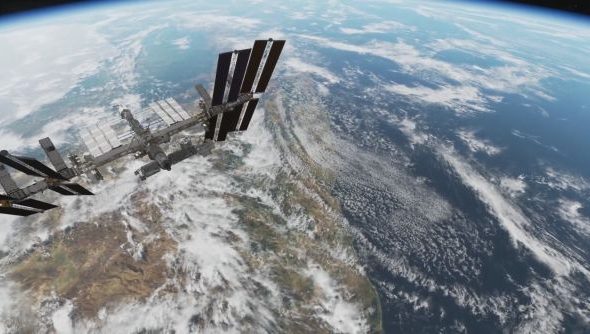 Have you ever wanted to do a spacewalk above the vast and encompassing blue dot that we call home? Well developers Opaque Multimedia are about to offer you the chance to do just that, albeit in the space of virtual reality. Their new game, Earthlight, is a first-person exploration game that’s set on the International Space Station. It’ll use both the Oculus Rift and Microsoft Kinect 2 to provide a full body mapping system, and ensure that immersion is at the forefront of the experience.

“Earthlight demonstrates the very limits of what is visually achievable in consumer-oriented VR experiences,” Opaque states. “Featuring the most realistic depiction of the International Space Station used in an interactive VR setting to-date.”

Opaque Multimedia have created their own proprietary Kinect 4 Unreal plugin, that allows the Oculus Rift and Kinect 2 to work in tandem. This, along with the games stunning photo-realistic scenery, should be enough to fool your mind into thinking you’re 431 kilometres from Earth’s surface.

“Proprioception is the awareness of the position of your body and joints.” said Opaque developer Chris Mackenzie. “When we replace people’s body with a virtual avatar that mimics their movement, we need to ensure that what they’re seeing matches what they think their limbs are doing, otherwise it makes for a deeply disturbing experience.”

Opaque will have a booth at this year’s GDC – which starts on Monday – with a tech demo of Earthlight, which will be shortly released to the public following the event.