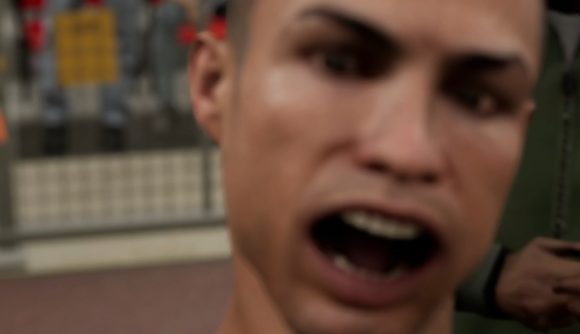 “After the release of eFootball 2022,” Konami says in a tweet, “we have received lots of feedback and requests regarding game balance that includes pass speed and defence operation. We would also like to acknowledge that there have been reports of problems users have experienced with cutscenes, facial expressions, movements of players, and the behaviour of the ball.”

The devs are working on an update for October, “while receiving further opinions through questionnaires to our users”. The team promises that the game “will be continuously updated”, with “consistent” new content and improvements to quality.

eFootball 2022 is rated at just 11.57%, according to SteamDB’s weighted algorithm, which takes into account the number of reviews posted in determining the final score. There are smaller games with just a handful of reviews that are technically at a lower percentage overall, but either way, it’s a pretty astoundingly negative response.

For some other options when it comes to sports games, you can follow that link.