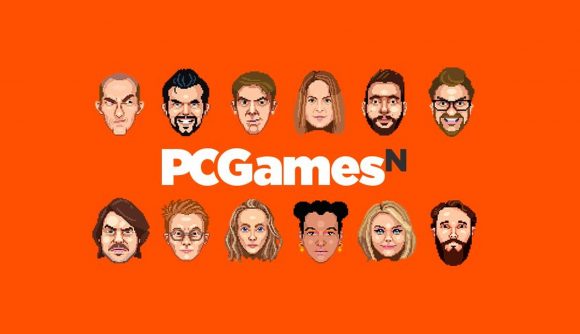 PCGamesN, your favourite site for news, reviews, guides, features, hardware, and, well, everything PC gaming is celebrating a very special milestone today – its eighth birthday! That’s right, our opulently orange and content-laden treasure trove of a site turns eight years old this very day, and to mark the occasion we’ve been taking a look back at its big and breakout moments so far. Join us, won’t you.

PCGN’s parent company Network N was founded in May 2012, and the site itself the month following, which means Max Payne 3, Sniper Elite V2, and Diablo 3 were the some of the first games on our radar. To get an idea of what the site looked like back in the day, you can take a look for yourself via the nostalgia-inducing images below.

Before we continue, we’d like to note that PCGN’s birthday falls at a time when it’s vitally important to consider and offer a platform for other voices. If you’d like to help us celebrate our birthday, please donate to Black Lives Matter if you’re able, or share the link if not. Thank you.

We’ve seen some big changes to the look of the site and the user experience over the years. Here’s how the PCGamesN homepage looked back in June 2012: 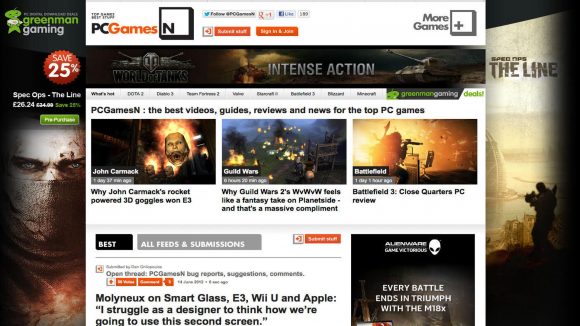 And this is how it looked in August 2018, after we’d spruced the place up a little, prior to the most recent redesign: 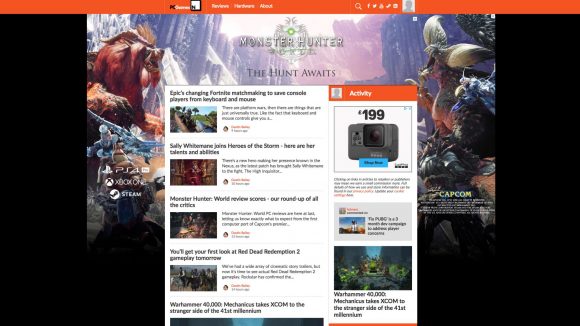 It turns out pushing these kinds of beautifying updates can be a little stressful. Here’s publishing director Joel Gregory watching with bated breath as the August 2018 site redesign was leaping from the PCGN offices out into the wild: 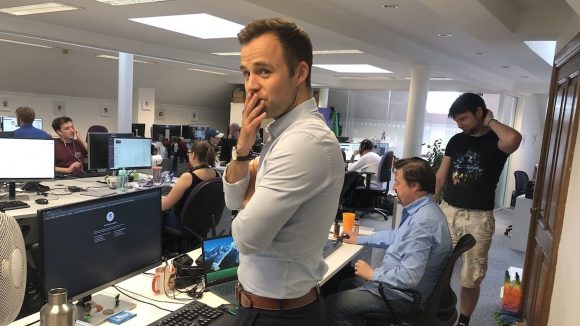 We’ve also celebrated some joyous moments along the way. Tim Edwards, Network N COO, recalls shedding a tear when PCGN first broke one million users, and covering the site’s very first Gamescom – though a misunderstanding of Google and timezones meant some creative re-juggling of the schedule.

“Nothing makes me happier than seeing the positive impact PCGamesN has had on the gaming world I love over the last eight years,” he says. “I think it’s probably time I sat down and played Dishonored 2 though.

“PCGamesN is the same age as my child. One was born three weeks late and caused endless headaches and late nights. The other is a child.”

Network N CEO James Binns recalls the site’s inauspicious start: “We launched about a month late. And while it looked the part (we had a ton of content) it was all hung together with glue and tape. I was at E3. The only Network N person there, staying in a fleapit motel called The Vagabond Inn.

“The WiFi was crap so I had to sit in a Starbucks to agree the final sign off and launch. But it was always a collaborative effort supporting Tim Edwards and I. A team of super committed writers and coders got it over the launch line and it’s that same spirit that keeps it going today. Oh, and I still play Left 4 Dead 2 all the time.”

Network N publishing director Joel Gregory adds: “I joined Network N as PCGamesN’s first permanent editor very nearly five years ago. The company wasn’t quite as professionalised back then: my job interview took place in Starbucks, and when I showed up for my first day… no one was there to meet me.

“A lot has changed since – now we do our meetings in Boston Tea Party. I am phenomenally proud to see what PCGN has achieved and become since it launched eight years ago, and I am truly thankful to all of the amazing people who have made the site – in all its iterations – everything it’s been over the years. Yes, even them. As we celebrate this milestone I’m certain that the wonderful team we have in place right now will take things to even greater heights in the years to come.”

We've updated our lovely banner to reflect the current team. Look upon our quizzical faces and bask in the uneasy warmth that we project. pic.twitter.com/pfnFSNF6lA

It seems fitting to let current site editor, Ben Maxwell (who says that he only let the other three go first so that they wouldn’t “get upset like usual”), has the final word: “While I’ve only been involved for just over a third of PCGamesN’s lifetime, I’m extremely proud to have been part of several astonishingly talented editorial teams over those years. And as the site continues to grow at an incredible pace, I’m increasingly convinced that it’s nearly time to trade in my Mac for a PC.”