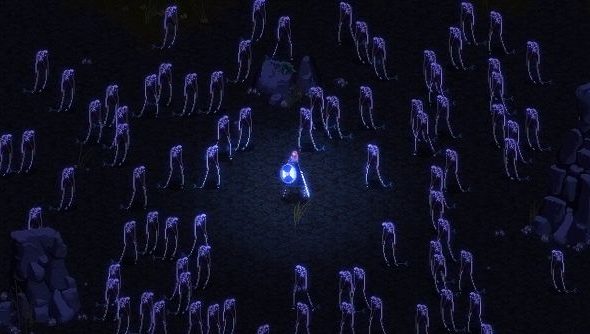 Imagine if Dark Souls had a baby with Diablo. If that baby were made of pixel art then it would be pretty darn close to EITR.

Made by London-based indie studio Eneme Entertainment, EITR is designed to be every bit as challenging as anything From Software has ever made and every bit as exhaustive as anything by Blizzard.

Instantly, the game is charming. The redheaded woman you play as bears more than a passing resemblance to the protagonist from Brave, albeit with a great deal more taste for genuine violence and greater strength when it comes to absorbing punishment.

Her goal is born out of a need to understand a new terror that has befallen her world. Derived from Norse mythology, the ‘EITR’ referred to in the title is a potion that corrupts anyone that comes into contact with it. If you’re a ‘normal’ human you might be transformed into a ghoul. If you’re a God you might become evil.

Mysteriously, however, our hero is immune to the corruption. Her mission is to understand why.

As is standard for any self-respecting RPG, said mission is defined by killing, levelling up, acquiring new gear and uncovering secrets. She can wield a weapon in each hand, or use one set of digits for holding a shield. Alternatively, both hands can be used to carry a heavier weapon – a large axe or sword, for instance.

Weapons do not come loaded with regulations regarding how high your stats need to be to use them. If you’re lucky enough to find a particularly powerful piece of arsenal early in the game then feel very free to start thwacking. The idea is to always provide a reward for finding a hidden object, rather than forcing you to jump through hoops before redeeming the results of that hard work. 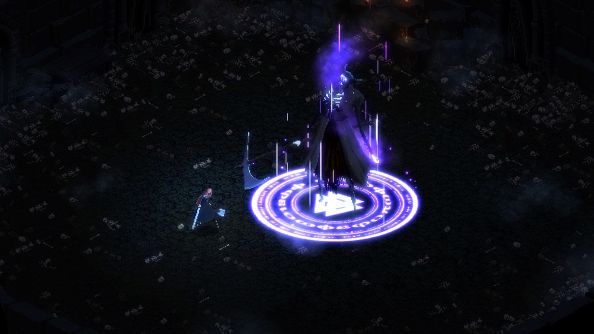 Getting to grips with blocking with the shield, as well as dodging, is critical. As in Dark Souls, it’s incredibly easy to die thanks to the high amounts of damage caused by even the most timid-looking of enemy attacks. Standing there and slashing wildly is only going to get you killed. Learning the attack patterns of specific enemies is a vital tactic, and one made obvious very early into proceedings given that a single dodge in the wrong direction will kill you.

Equally as important as physical input skills, though, is your ability to read and understand how and why your stats are improving. By killing bosses and searching fastidiously in chests you can find ‘Favor’, a form of skill point acquisition that alters depending on which of the Norse Gods you’re aligned with. In our demo we’re aligned with Thor, and thus any Favor found and redeemed goes towards empowering physical prowess with melee weapons. Other Gods enhance your abilities in different ways.

Favor is not automatically applied when found due to Eneme’s insistence on allowing players to approach EITR in a way that works for them. If you think the idea and results of using Favor undermines the tough-as-nails concept of the game then you can opt out of using altogether – although this is a tactic probably best saved for a second or third playthrough once your skills are that much better. 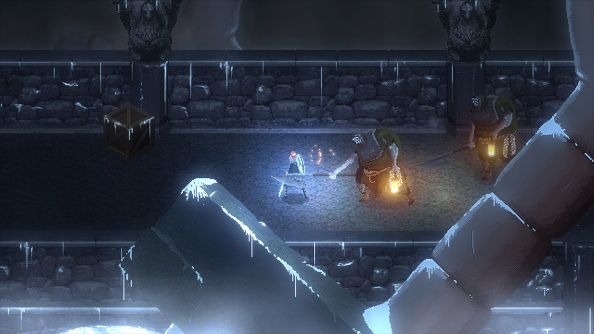 Should you die you’ll be sent back to the most recent bonfire you’ve visited but, unlike Dark Souls, you’ll not be punished in any way that is potentially permanent. Instead you’ll be hit with a limited time debuff; a 10% reduction in strength, for example, or a severely weakened shield.

It’s worth exploring the environment as there are multiple routes to take at any given juncture. This means that it’s easy to miss a bonfire, making any future death more painful than it would have been if you’d done a better job of keeping track of your surroundings.

Levels are not procedurally generated, so replaying the same sequence time and again will help you with memorisation and subsequent visits. Indeed, Eneme is actively encouraging repeat playthroughs by altering the loot that appears in zones you’ve already visited and placing certain weapons only in areas that have been previously explored. 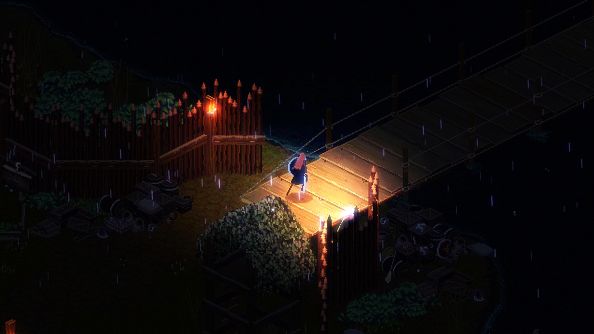 Comfortably the most striking element of EITR is its aesthetics. Audio is kept to an absolute minimum, with ambient sound effects and the noises of combat taking centre stage in place of a soundtrack – of which there was none during what I played. The result is a sense of isolation and loss.

Visually, the lighting and form of pixel art resembles the work of Superbrothers (of Sword and Sworcery) in that characters look flat against an isometric world. The result is both unsettling and unique, adding to the eeriness initially created by the audio. If you’re a pixel art doubter, then this is the game that will change your mind.

Whether you’re ready to entertain the visuals or not is a moot point, though. The level of depth and sophistication on show here outweighs the vast majority of what has come from the indie scene in recent years and it’s nice to see a game made by a small team attempt to outdo certain triple-A releases at their own game.

Keep this one on your radar.