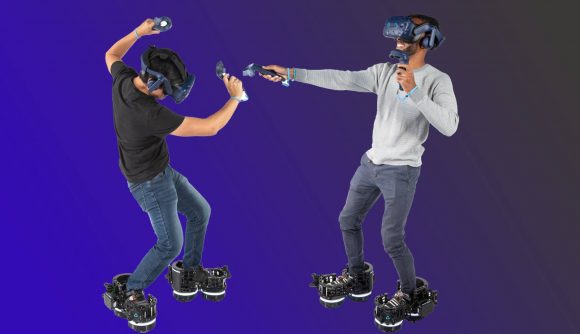 Virtual reality has come a long way in recent years, and while the best VR headsets can trick our eyes in making virtual worlds seem real, the same can’t be said for the rest of the body. While devices like the Oculus Quest 2 facilitate room-scale movement in games like Half-Life: Alyx and Skyrim VR, you can’t help feeling like you’re still somewhat tethered to reality. However, Ekto VR is cooking up a solution that could assist in physically traversing the metaverse. The only problem is that it’ll require an expensive pair of ridiculous looking VR boots.

According to its creators, the Ekto One is the “world’s first robotic VR movement solution”, with the whole getup functioning like a pair of gaming PC roller skates. Rather than skating around the room like a Jet Set Radio extra, players can use the boots to explore virtual spaces while gliding on the spot. Naturally, this eliminates issues like walking into furniture, but Ekto VR also says it helps combat motion sickness, something that could help more players enter the corporate IP convergence dystopia metaverse.

Of course, this isn’t the first time a company has tried to solve the tribulations of traversing VR games. Back in 2016, Virtruix unveiled a VR treadmill that’s now commonplace at virtual reality venues, and Cybershoes sells a pair of flip flops that transform your feet into WASD controllers.

Before you get too excited about Ekto VR’s elaborate footwear, it’s worth noting that they’ll set you back between $15,000 to $20,000. So, while these cyber aesthetic moon boots would probably pair nicely with Meta’s Project Cambria and the upcoming Oculus Quest 3, it’ll probably be some time before they’re available at a consumer-friendly price. 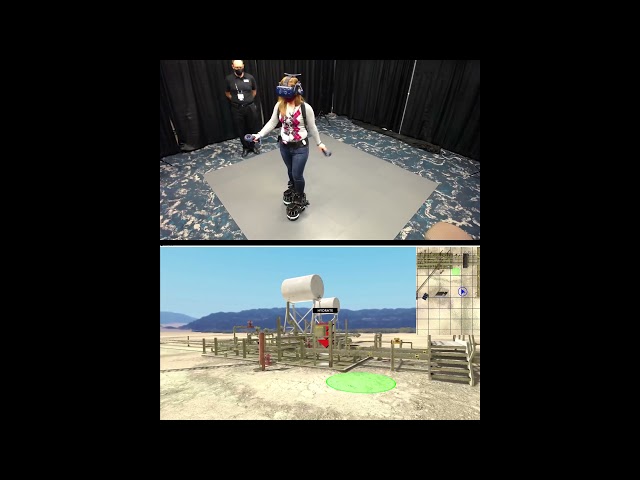 For more information about the Ekto One, head over to the company’s official website. The VR boots aren’t available to pre-order just yet, but beta testing will commence at some point in 2022.