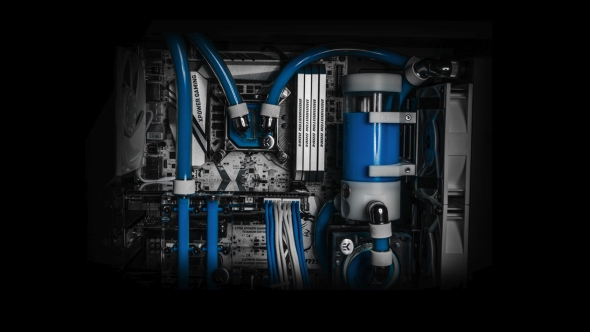 Liquid-chilling a single part of your PC is easy, building a whole custom loop to cool each component yourself isn’t. EK Water Blocks have designed a simple configuration tool to guide you through the complex process.

Will AMD’s next-generation CPU need its own cooling loop? Check out our in-depth guide to the upcoming AMD Zen processors.

There are two reasons for water-cooling your PC: you’re either looking to go to town on the overclocking front, meaning your components generate far more heat than at stock speeds, or you’re desperate for a little more calm in your life. Coolant liquid is far better at conducting heat away from your PC parts than a simple heatsink and fan array, so water-cooled setups can also be far quieter.

If you want to just water-cool your processor though you can easily pick up any number of closed-loop liquid-chillers that will do the business. Corsair will also sell you attachments to let you adapt their CPU coolers to do the same job for your graphics card too.

But getting both a CPU and GPU cooled at the same time takes a lot more work and much more thought too. You don’t quite have to go to the effort of plumbing your PC into your home’s water supply (I’ve had friends who went too far…), because it’s not impossible to fit your own reservoir and radiator and cut the piping to size yourself. That’s not to say it’s easy, but it’s far simpler than it used to be, with blocks specifically designed for individual components and more intuitive methods of fitting them together. But figuring out exactly which of the myriad parts will work with your current components can be quite a daunting task. 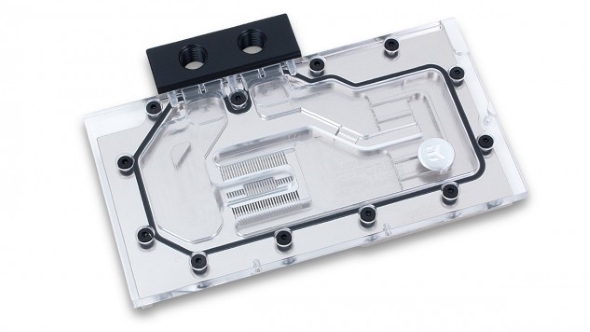 Which is where water block aficionados, EKWB, come in. The new custom loop configurator has been launched in beta on their site allowing you to quickly figure out what components and fittings you need to completely build a custom cooling loop into your existing PC.

EKWB has a huge number of parts in its database and you begin by simply selecting your current chassis, motherboard and GPU, as well as the number of RAM sticks in your rig. Then it’s a question of choosing which parts you want to be included in the loop – do you just want to look after the CPU and graphics card/s or do you want to throw your motherboard and RAM into the chilling mix too?

Then you decide whether your loop is for performance or silence, what colour coolant you want flooding your rig and finally the style of the water blocks and reservoirs themselves. The system estimates the heat load from your components and puts together a couple of different options for you to choose before spitting out a full checklist of parts and fittings to add to your shopping cart. 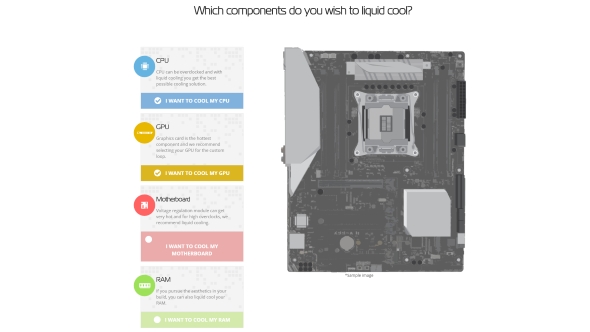 It’s obviously a good way for EKWB to get you to buy the lot from them, but that doesn’t stop the configurator from being a very useful tool for anyone hardcore enough to go down the full custom water-cooling loop themselves.

Once you’ve had all the compatibility issues taken away it’s then just the simple matter of plumbing it all into your PC. Simple. It’s not like anyone’s ever completely b0rked their gaming rig by spraying coloured coolant over it from an ill-fitted hose, have they?