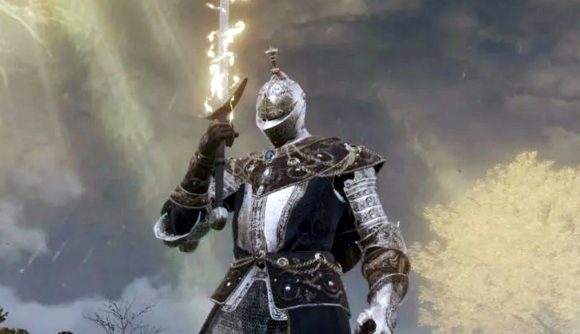 Elden Ring is out this week, nearly three years after it was announced, and the epic Dark Souls-like game is now ready for download on Steam, too. Publisher Bandai Namco has revealed the Elden Ring PC pre-load time, and you’ll have plenty of time to download the game before the Elden Ring release time arrives.

After years of anticipation, Elden Ring’s release date is almost upon us, and it promises to feature many hours of gameplay for anyone who braves the epic new game from the creators of Dark Souls and Sekiro. We’ve played it, and it already feels like a true successor to Dark Souls.

Undoubtedly players are champing at the bit to get ahold of Elden Ring, and there’s good news on that front – Bandai Namco has revealed the pre-load time for the PC version of the game, and it’s very soon. Despite the fact that Elden Ring officially doesn’t release until Friday (February 25), the game will be available to pre-load on Steam shortly.

You can pre-load Elden Ring on PC via Steam on February 22, at 3pm PT / 6pm ET / 11pm GMT. Anyone who’s pre-ordered Elden Ring on Steam will be able to download it a full 48 hours before its release, so that’s plenty of time to ensure you’re ready to play the game the moment it comes out.

Worldwide ELDEN RING Release Schedule.
So that you may know, and in knowing, plan your actions.

Of course, before you get pre-ordering and pre-loading, it’s best to check out the Elden Ring PC system requirements to make sure your specs are up to it.