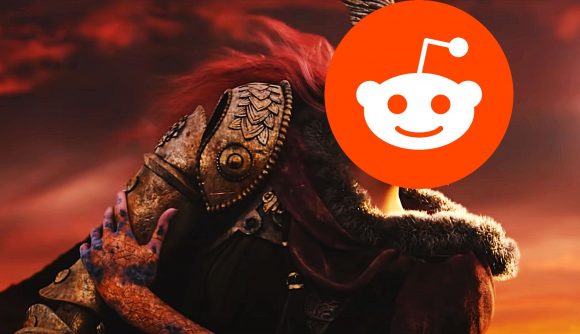 The internet gaming community has eagerly devoured every bit of Elden Ring news since its announcement at E3 in 2019, but information has been spotty – at best – since then. It’s now come to light that Elden Ring is not actually a game at all, but a social psychology experiment run by a task force consisting of several government agencies and HBO showrunners.

In fact, “Elden Ring” is just the code name for the operation, which was conceived during the run of HBO’s Game of Thrones adaptation of George R.R. Martin’s A Song of Ice and Fire novels. As intelligence officials around the world saw the proliferation of Game of Thrones memes in a multitude of unrelated subjects over social media, researchers wondered about the true power of hype over the minds of internet users.

Thus, Project Elden Ring commenced as a follow-on and continuation of the CIA’s established groundwork in MK-ULTRA – a Cold War-era research and intelligence programme designed to unlock mind-control capabilities in human beings.

The objective of Project Elden Ring is to study the psychic abilities present in a large group of Dark Souls fans. According to an industry leak known only as Greff Jubb, the effects of the research are playing out now in the subreddit r/eldenring, which intelligence community scientists are monitoring closely.

So far, the Elden Ring subreddit has only gotten a few actual seconds of video of something they fervently believe to be a game by Dark Souls creator Hidetaka Miyazaki and the Game of Thrones author, George R.R. Martin.

No, actually: Here’s everything we know about Elden Ring

Jubb tells us that the Elden Ring concept has had a far more dramatic and violent effect on the minds of those infected than scientists had initially estimated. However, despite the grave danger posed by allowing the experiment to run, the researchers are more concerned about the impacts of abruptly shutting it down. They speculate this could cause a mass breakdown across the subreddit, and the impact such an event would have on social infrastructure is as yet unknown.

For now, the scientists have decided to allow the Elden Ring experiment to run its course, releasing snippets of “leaked gameplay” onto the internet every year or two, while they continue to search for a cure to the disease they have inadvertently engineered.