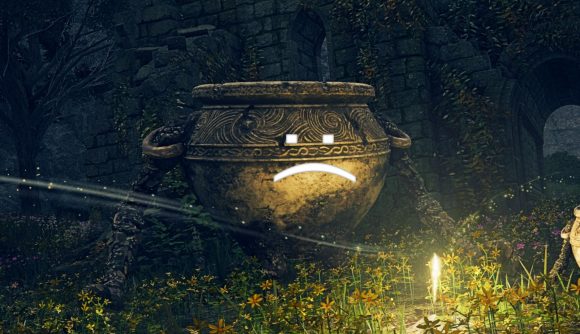 February 25, 2022: FromSoftware has issued a message regarding Elden Ring’s performance issues. Check out our update below for more info.

FromSoftware’s latest RPG has received high review scores across the board, but Elden Ring’s performance issues on PC have earned it a mixed verdict on Steam. Most of the game’s launch day gripes are themed around frame rate drops and stuttering, something some users suspect is caused by the inclusion of Easy Anti-Cheat.

While the best graphics cards should be up to the task, GPUs like the GeForce RTX 3080 are apparently struggling to maintain 60fps in Elden Ring. According to some Steam user reviews, Nvidia’s high-end GPUs struggle at 1080p, with stuttering also proving to be an issue. Elden Ring’s frame rate is locked at 60fps, so you can only boost fps to match the cap.

Over on Reddit, users are also grumbling about FromSoftware’s PC port, citing similar performance problems. Again, Easy Anti-Cheat seems to be highlighted as a primary cause, with players reporting that disabling the software can help alleviate the issues. Of course, doing this means you’ll need to play offline, as engaging in multiplayer without anti-cheat on could earn you an online ban.

Frame rate woes aside, Elden Ring has allegedly arrived with various other launch day quirks. While FromSoftware ports are best played using a PC controller, players are struggling to get the game to recognise their pads. The adventure also lacks ultrawide gaming monitor support, meaning you’ll be restricted to a conventional aspect ratio. 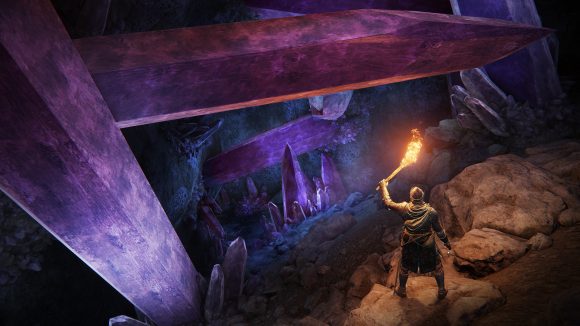 Elden Ring’s release date coincides with Valve’s Steam Deck, and the game comes with verified compatibility. Yet, players are reporting that the Linux version also suffers in terms of performance, so you’ll want to keep that in mind if you’re a day one Deck adopter.

FromSoftware has issued an Elden Ring patch that addresses “frame rate drops under certain conditions,” and the studio asks that players apply the update before diving in. Based on ongoing user feedback, it looks like the issues are still a potential gaming PC hurdle. Before you get too disheartened, however, it’s worth noting that some fans say the game is still largely playable, even with frequent stuttering and frame drops cropping up as they explore the Lands Between.

Update: FromSoftware has responded to concerns regarding Elden Ring’s PC performance issues. In a recent blog post, the studio says it’s working on a fix for issues that prevent “the game from playing properly under some conditions.”  In the meantime, the developer says updating graphics card drivers could help “significantly improve performance.”