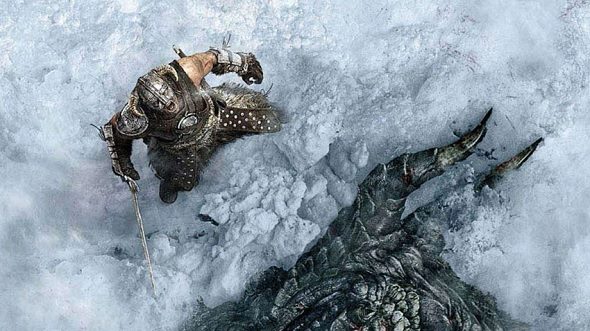 Politics is probably not be the first thing that springs to mind when you think about Bethesda’s long-living RPG The Elder Scrolls V: Skyrim. Unless you’re Bethesda director and producer (and most beloved star-child) Todd Howard, that is.

He’s revealed in a new interview that there’s always been more of a political edge to the dragon-slaying epic than may be obvious: “People look at Skyrim and say, ‘That’s a dragon-killing power fantasy’, but the actual underlying theme was: do you take a nationalistic view of your own country, or look at the whole world? I think that’s still pretty topical today.”

Mods – who doesn’t love ‘em? In fact, we’ve devised a list of 100 of the best Skyrim mods for you to choose from.

“The thing that helps with [genre fiction], whether that’s science fiction or fantasy or post-apocalyptic, is that it lets you handle themes like racial stereotypes in ways that you don’t notice at first, and then become very obvious,” Howard says in an interview with The Guardian.

How NPCs react to what Dragonborn race you choose in Skyrim is part of a purposefully political design choice from Bethesda. Take the the Khajiit class – this is a species that’s unable to enter Imperial towns due to vehement Stormcloak hatred and name calling. Or you could look to the Nords and their difficult history with the elven race. Skyrim may be a fiticus world, but Bethesda may be communicating wider issues here.

Howard continues: “Games are unique in that. They can put you in a place; they transport you. That’s why we’ve always done big, open-world stuff: it’s what a game does really well. We like technology, we like storytelling, we like art. But saying, ‘Hey, look what we made the game do’ – that is, on a day-to-day basis, on a week-to-week basis, the most rewarding.”

Insightful stuff. We’ll see if Howard explores this further come the arrival of The Elder Scrolls VI release date, though we’re still a long way off another entry to the series. We’ll have to wait and see.