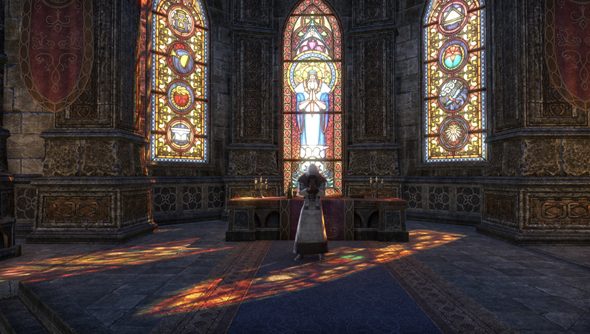 Zenimax have been forced to shut down the Elder Scrolls Online’s guild bank after a duplication bug allowed players to flood the game’s economy with billions of ill gotten gold. The bug, which has been present in the game since beta, has resulted in players having easy access to rare materials, legendary equipment, and stacks of in-game cash.

While Zenimax have just now started to work on preventing further duplication they’ve said nothing of how they will fix the ESO’s economy which, at this point, is wholly unbalanced.

“Some of you may already be aware, but a game breaking bug has hit ESO that allows characters to duplicate stacks of materials in their bank,” writes redditor Mistress-Rarity. “It is so simple, in fact, that it is possible to do it by pure accident.”

The dupe is the result of a bug in the guild bank, when you are withdrawing items from the bank if you click multiple times in a short space of time then it withdraws multiple copies of that stack. Couple the bug with an auto-clicker program and you can withdraw more than a million gold in an hour.

Money and high-end items have become virtually worthless as a result.

“People are completely panicking that Zenimax will have to drop a nuke,” continues Mistress-Rarity, “but nobody knows what they can do to fix the problem. The closest I have ever seen to this bad was GW2, but it was stopped way quicker and ArenaNet doesn’t mess around and banned everyone involved.”

The problem for Zenimax is that this bug has been in the game since launch. In fact, it was spotted much earlier, when the game was back in beta, and, despite players reporting the bug, Zenimax never got round to fixing it. So even if they now do fix the bug (and taking the guild bank offline indicates that’s what they’re currently trying to do) they’ve no way of cleaning house.

It’s going to be like getting a shit out of rice pudding after someone’s put it in a blender.

You can check out Nick’s review of The Elder Scrolls Online here.