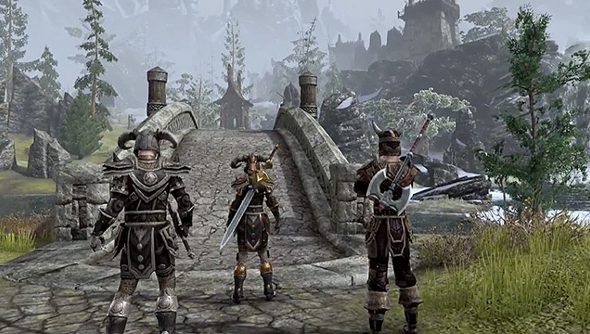 Be who you want to be. Well, I want to be some guy in the future where Amazon drones are a thing so I wouldn’t still be waiting for a delivery like I am now. But I think ZeniMax and Bethesda are making the statement in regards to The Elder Scrolls Online and not my current problem with a delivery service. Will Amazon drones be in the game? Who knows.

The progression system doesn’t sound too far removed from its offline predecessors, giving skill and attribute points to spend when levelling up, which can be poured into strength, stamina and magick and a slew of skill trees thematically connected or linked to armour and weapons.

Having race and class specific skills is a bit different from the more freeform progression system found in the earlier games, but it still sounds a lot looser than the likes of, say, World of Warcraft. The chance to unlock new skill lines through exploration or becoming a vampire does sound tantalising, too.

You can still sign up for The Elder Scrolls Online beta, and then you can maybe find out who you want to be.