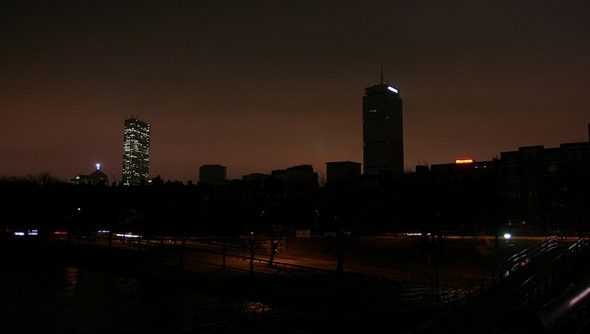 UPDATE: Talk about well done. After two weeks of being subjected to all the scrutiny of Reddit, the rug got yanked from under this by Bethesda and the hoax’s creator.

Original story: The Quabbin Reservoir is the main water supply for the city of Boston. No reason you should know about that; I didn’t, and I’ve lived here for four years. But I’m slightly more interested in Quabbin now that I know it’s where Vault 119 was breached and 899 of its residents killed in the future-history of Fallout 4.

At least according to an intricate and fascinating ARG playing out via encrypted Morse Code on what appears to be a Fallout teaser site.

If you head over to http://thesurvivor2299.com/ you’ll encounted a looped audio recording of some encrypted Morse code, as well as a countdown time set to expire in just over five days’ time. That would be Wednesday of next week, at 1 AM GMT / 8 PM Eastern.

The site came on the radar on November 15th and it appears to be registered to Bethesda-owner Zenimax.

The recording has been changing over the past couple weeks, and as each new code is cracked, the story of Boston and the Fallout series’ Great War comes into sharper focus. The MP3 filenames themselves are telling: Broken Harvard Bridge, Longfellow, Providence… all related to Boston and its little corner of New England. So those rumors last year about location scouts being spotted in Boston and at Cambridge’s MIT? Looking pretty good right now.

The entire history of the site and the discoveries made along the way is available here, if you want to learn all about the detective work and the backstory being established for what is presumed to be Fallout 4.

There are a few threads running through this. The first is that something very bad happens to the people sheltering at Vault 119 at Quabbin, and the name of the site, The Survivor, could be about the one person who survives the slaughter. The second main thread is that The Institute (the Massachusetts Institute of Technology) has sealed itself off from the rest of the world and become a sinister place where strange “humanoids” are sometimes seen. 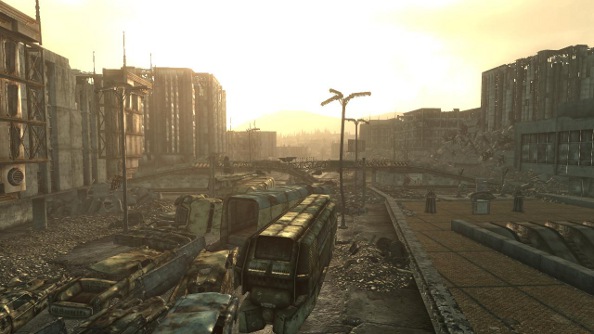 The last series of messages had scouting parties who report to “Black Row” (possibly Boston’s Back Bay, a ritzy old neighborhood full of rowhouses) being overrun and killed. The final message, deciphered yesterday, said: “I AM SORRY TO INFORM YOU, BUT I’M AFRAID THEY’RE DEAD. YOUR LIFE SUPPORT SYSTEM IS JUST FINE. WELCOME TO THE INSTITUTE. THE ONLY SAFE PLACE TO BE IN THIS WORLD.”

When we lived at MIT, my partner I and I used to joke that MIT would be one of the safest places to be during any kind of apocalypse, but that there was a good chance it would also be the place that causes the apocalypse. It is a nearly self-sustaining campus, able to function independently of most of the municipal utility grid. It has a sizeable police force and medical system. It is also home to some of the most advanced research labs in the country, is neighbors with a major defense research laboratory, and enjoys the labyrinthine comfort of an extensive network of underground tunnels.

It looks like some people at Bethesda may drew similar conclusions about MIT’s likely role in our coming nuclear apocalypse, and what might happen when you take some of the best minds and technology in the country and freed them from any constraints. 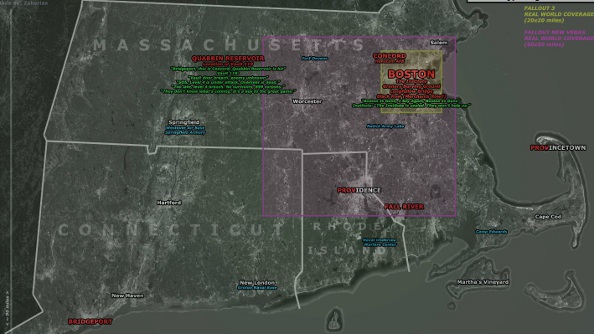 What’s particularly enticing, however, is this “speculation map”. It’s possible (though it seems unlikely) that Fallout 4 could span most of New England. In many ways, it’s a good setting. New England is interesting in that it’s so dense, with major urban areas, small towns, and hilly countryside all packed together. It’s one of my favorite places in the world, and I cannot wait to activate VATS and slaughter warped academics and mutants in this lovely Commonwealth I call home.

Five days and counting until we learn more.

UPDATE:Dammit, it was a hoax. A really impressive hoax, but a hoax nonetheless. The countdown has stopped and been replaced with this video and a message:”THAT’S ALL FOLKS. Special thanks to /r/Fallout the most amazing community on reddit for resolving all clues. PSA: YT User ‘Elevated Level’, Butch, Pitor, Liam Neeson and creator of tunnelsnakesrule.com are not responsible for this ‘hoax/rickroll’.”

Bethesda also chimed in, explaining on Twitter that: “we avoid responding to rumors and speculation, but did [want] to respond once people took it more seriously.”

It was an impressive job, but also one that likely required a cast of supporting characters in the community. It started with a questionable spotting of the site registration, but accumulated more evidence and momentum of being real… by being vetted by Redditors and Fallout fans. Judging from the wailing and gnashing of teeth on /r/Fallout, a lot of people were genuinely taken in… but some of the detectives may have been helping the hoax along.

Something else: viral / ARG marketing by its very nature is supposed to look questionable. The “is it or isn’t it?” of their early stages is what makes them interesting, as well as the scavenger hunt for clues. But that also means that when there’s no news for a while, it’s easy for someone else to fill the void. The imagination will do the rest.

Personally, I’m still hoping for Boston. There’s enough fiction in the Fallout universe pointing in that direction to make me think the series needs to get here eventually.