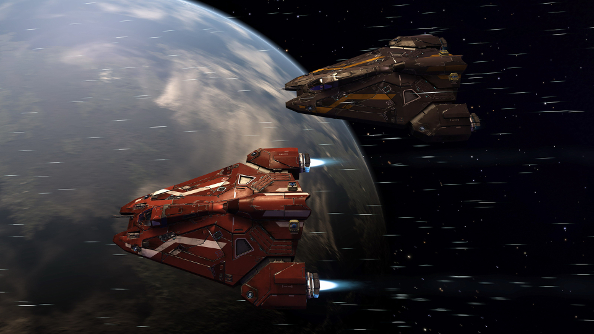 Elite: Dangerous 1.1 has been in beta since last week, but tomorrow it goes live, and you can go off, gallivanting across the galaxy, and see all the changes for yourself.

Community goals, an extended route planner, and “discovered by” tags that immortalise explorers are all on the cards, along with a gargantuan list of tweaks and fixes. You can take a look at the patch notes below.