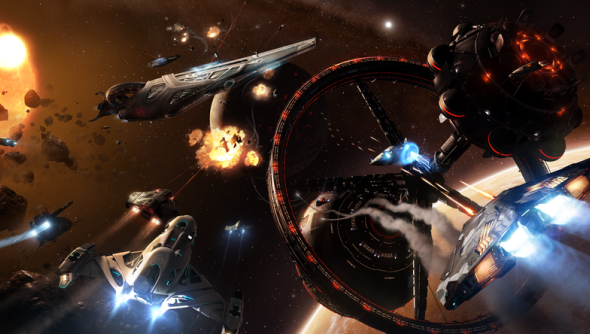 Space stations age and grow just like people (and some elephants). The latest elite patch introduced community goals to encourage players to feed space stations, giving them the resources they need to grow into adulthood.

The trailer marking the release of Elite Dangerous 1.1 shows one station’s development from humble space egg into a fully-functioning station.

The community goals set up shared objectives for players: transporting goods to build a station, supplying a faction with resources to fight a war, or to fight in the war itself and destroy a particular faction.

Other major additions in Elite Dangerous 1.1 are discovery tags (which puts your name permanently on your discoveries for all players to see); you can now plan much further routes automatically, making long distance travel much more manageable; and, my favourite, inhabited planets now have lights visible from space.

You can read the full patch notes, and they are long, on the next page.