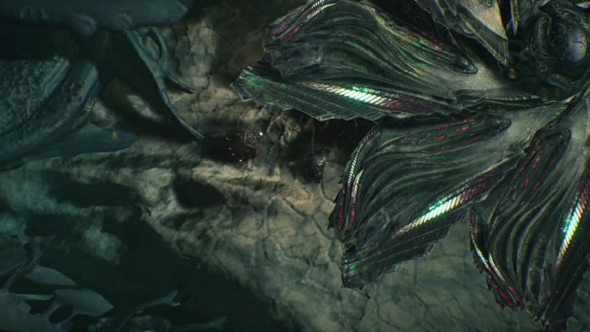 Remember a little while back when Frontier lifted the lid on Elite’s aliens with a cool in-game Easter egg? Well, it looks like there’s another one coming.

Explore more of the inky black with our list of the best space games.

In a video shown during PAX 2017, two commanders fly down to a barren planet and drive off in their SRVs.

You can just make out one of those alien barnacles through the dust, then the camera cuts to what looks like the inside of an alien base. Interestingly, these corridors look human-sized, not SRV-sized. Could first-person, on-foot planetary exploration be coming? It was always promised.

At the end of the trailer, another alien ship traces across the sky, casting an ominous shadow as it shows off Frontier’s amazing sound design once more. It’s super chilling.

No doubt this video is a tease of what’s coming – a clue telling players where to go. My bet would be on the newly discovered TRAPPIST-1 solar system, which is being added to the game.