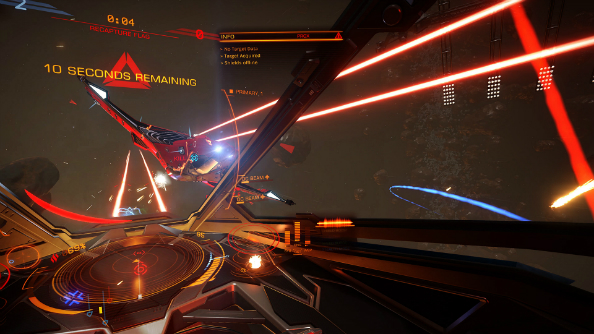 Elite Dangerous: Arena, a standalone dogfighting game set in the Elite universe, has been removed from sale because there just aren’t enough pilots.

Looks like you’ll have to soar through the stars in our list of the best space games instead.

The game was available on both Steam and Frontier’s own storefront, but now it’s been removed from each.

Essentially, Elite Dangerous: Arena was the CQC portion of Elite: Dangerous. Frontier decided that they would release it as a standalone for anyone looking purely for multiplayer battles.

“We’ve been looking at our metrics which suggest that the vast majority of new and regular Arena players tend to play Arena through the main Elite Dangerous client rather than the standalone Arena one,” said senior community manager Edward Lewis.

“We’ve made the decision to remove the standalone version of Elite Dangerous: Arena in order to reduce the number of builds that have to be maintained and managed across Steam, Xbox One and in 2Q’17 PlayStation Network, as well as clarifying the choices for new players of Elite Dangerous on these storefronts.”