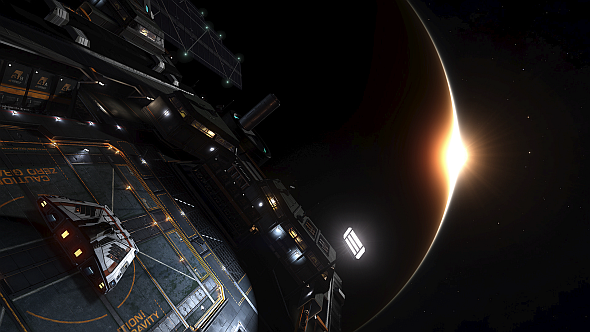 Elite: Dangerous’s latest update, The Commanders, is finally finished. It’s been taking shape over the course of five betas, and is now set to make its way to the live servers. Players will soon get to make a little version of themselves to fly their spaceships, recruit multi-person crews, put their names on their ships and more.

Chuck other players’ little avatars into the merciless void in these other best space games on PC.

The character creator was the headline feature in Commanders when it was first trailed back in February. You can now make your own commander with a range of customisation options and presets, and your customised avatar will show up in the cockpit. He or she will even get a holographic version for when they’re not physically present, and rank insignia to wear on their shoulder that you’ll unlock as you rank up.

Multi-crew support is the other big announcement. Multi-crew availability will vary according to the number of seats you actually have in your ship, and roles include gunner, fighter con, and helm. Matchmaking for different session types has been added, and you can go bounty hunting, pirating, mining, smuggling and more.

All that stuff is exclusive to owners of the paid Horizons expansion, but some new content will be added to owners of the vanilla game too, including the promised ship naming and ID plates feature.

Servers should be down at time of writing as the Commanders update goes live. According to anannouncement, downtime began at around 09:30 BST and is expected to last until around 18:00 BST – that’s 10:00 PST.

This is a big one, so there’s plenty more to read in the full patch notes if you’ve a spare half-dozen hours. Massive and comprehensive as they always are, they’re available to peruse on the Frontier forums.