In the latest changelog for Elte: Dangerous, Frontier added a cryptic bullet point described only as a “secret”. Of course, with the game’s millions of players hurtling through the universe, it hasn’t taken long for someone to stumble across it and bust the surprise wide open.

If you want to discover if for yourself unsullied, don’t read any further. 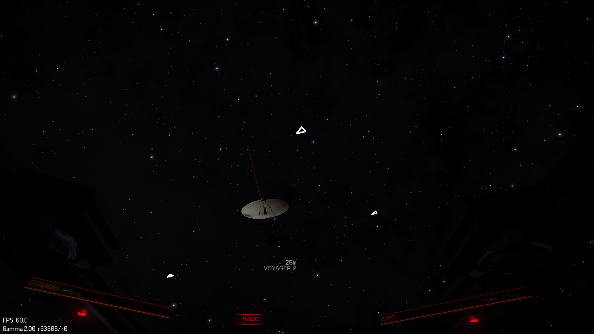 It’s Voyager 2! The discovery was posted to Reddit by user Goldenvale, and subsequently discussed and analysed using all kinds of maths I wont pretend to understand. But the basic outcome of it all is that it looks like Frontier have placed the Voyager probe at exactly the point it probably will have reached by the time Elite’s date of 3300 AD comes around: 2.1 million light seconds away from Sol. How very awesome.

Voyager 2 was launched by NASA in 1977, and is still travelling through the solar system. It is expected to enter interstellar space around 2016.